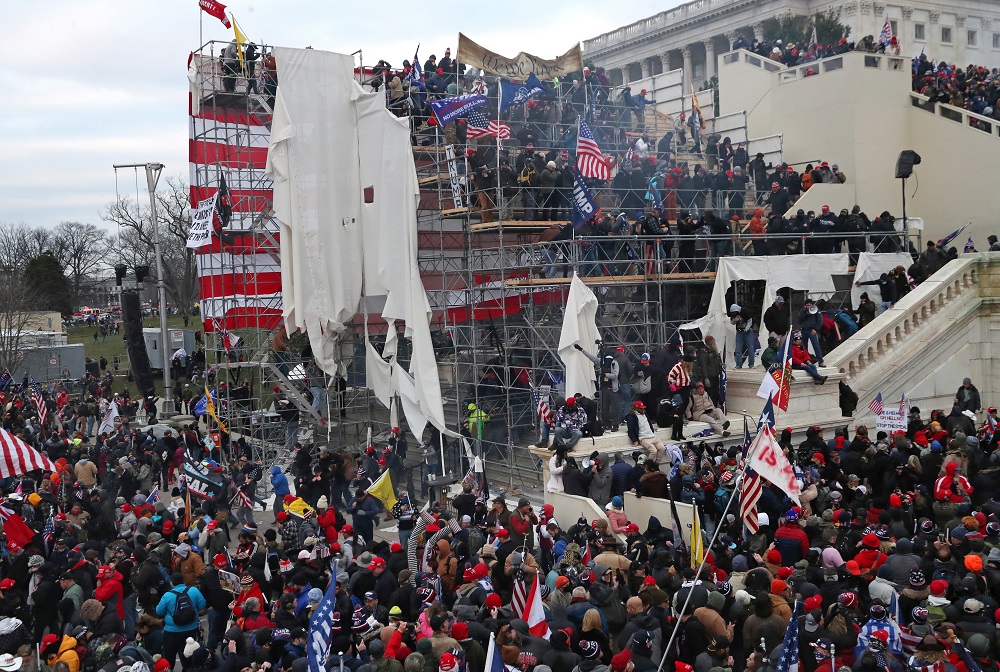 A mob of supporters of US President Donald Trump storm the US Capitol Building in Washington January 6, 2021. — Reuters pic

WASHINGTON, Nov 24 ― The US House of Representatives committee probing the deadly January 6 riot at the Capitol issued five subpoenas yesterday to far-right extremist groups that have backed former President Donald Trump and to individuals associated with those groups.

The Select Committee said it sent subpoenas seeking testimony and documents to the Proud Boys group and to Henry “Enrique” Tarrio, who was its chairman, as well as to the Oath Keepers and its president, Elmer Stewart Rhodes.

“We believe the individuals and organizations we subpoenaed today have relevant information about how violence erupted at the Capitol and the preparation leading up to this violent attack,” Representative Bennie Thompson, the panel’s chairman, said in a statement.

The committee ordered the groups and individuals subpoenaed to produce documents and appear for testimony by mid-December.

The groups and individuals sent the subpoenas did not respond or could not be reached for requests for comment.

Thousands of Trump supporters stormed the Capitol on January 6 in a failed attempt to prevent formal congressional certification of his election loss to Democrat Joe Biden. The committee is scrutinizing Trump’s actions relating to those events.

Nearly 700 people have been charged with taking part in the riot at the Capitol. It was the worst attack on the seat of the US government since the War of 1812. The January 6 Select Committee has sent subpoenas to at least 45 people linked to the attack.

The committee said at least 34 individuals associated with the Proud Boys have been indicted by the Department of Justice in relation to the January 6 attack. A federal grand jury indicted 18 members of the Oath Keepers for allegedly planning a coordinated attack to storm the Capitol, including by traveling to Washington with paramilitary gear and supplies.

The 1st Amendment Praetorian group provided security at multiple rallies leading up to January 6 that the committee said amplified Trump’s unsupported claim that his defeat by Biden was the result of fraud. It said Lewis tweeted on January 6: “Today is the day that true battles begin.”

Tarrio is serving a five-month sentence at a jail in Washington. He pleaded guilty in July to two crimes, including setting fire to a stolen Black Lives Matter banner late last year during a tumultuous demonstration after Trump’s election defeat. ― Reuters