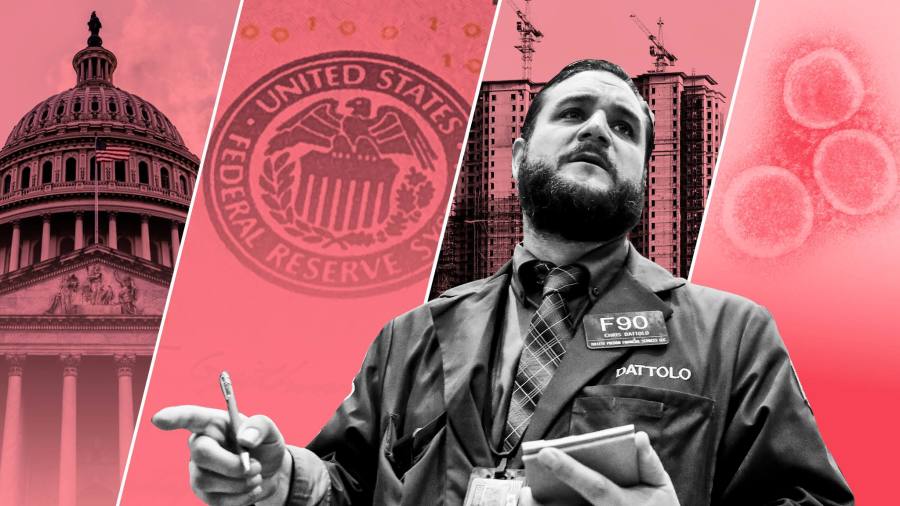 Volatility and insecurity have cast a dismal spell over global markets since the S&P 500 index peaked on September 2. Justifiably so. Brinkmanship on Capitol Hill over the lifting of the US debt ceiling has once again been the stuff of nightmares and the new debt limit extension, however welcome, does not completely eliminate the risk of a future default by the federal government.

The threat of global contagion from the troubled Chinese property developer Evergrande is far from negligible. For good measure the ebb and flow of news on the pandemic continues to be alarmingly unpredictable. And then there is the renewed threat of stagflation.

Some of this concern is surely overdone. However much Republicans might wish to use the debt ceiling to damage the Biden administration and sabotage its spending plans, they would surely think twice about sinking the US Treasury market, inflicting a potentially dire recession and handing over the dollar’s position as the world’s pre-eminent reserve currency to the Chinese. The best working assumption must surely be that this week’s concession by senate minority leader Mitch McConnell will be a way station on the path to a workable deal.

Whatever the fallout from Evergrande in bond and credit markets, the Chinese authorities still have the fiscal capacity to stabilise their financial system. As for all those shortages, in a market economy they can be relied on eventually to resolve themselves, although there is room for argument about the likely inflationary cost.

The difficulty amid all these uncertainties is to understand precisely where we are in a cycle that has been hijacked by Covid-19. Since the market wobble in March last year, policymakers have successfully engineered a global economic recovery. What is confusing now is that inflationary pressure is arising much earlier than usual in an upturn. This is substantially related to damage inflicted on the supply side of the economy by the pandemic. The worrying aspect is that ultra-loose monetary policy is now accompanied by rising wages.

The case for economic optimism rests substantially on pent up savings and spending potential in the private sector. Much of these savings in households belong to richer people whose propensity to spend is less than that of the rest of the population. Yet Harry Colvin of Longview Economics estimates that US households have $3.3tn more cash in bank accounts than they would have had if there had not been a pandemic. That sounds like an eminently spendable surplus.

The corporate sector’s position is more complicated. US non-financial corporate debt has gone from 42.5 per cent of gross domestic product in July 2007 to 52.3 per cent in July 2020. It has since come down to 49.3 per cent in April this year. But Colvin points out that cash and cash equivalents on US corporate balance sheets have increased by close to $1tn since the start of the pandemic. So there is no shortage of liquidity in the sector whatever the overall shape of the balance sheet.

Households and companies now need to have the confidence to unleash that pent up demand into consumption and investment. At the same time we know that to help governments meet their climate goals, companies around the world will need to overhaul much of the global capital stock.

That suggests the post-Covid recovery need not be short lived, especially given that central banks’ ability to tighten policy is heavily constrained because of the huge accumulation of debt since the financial crisis. No central banker will want to be blamed for tipping the recovery prematurely into recession.

But as the European Systemic Risk Board pointed out five years ago, and could repeat with even more justice today, the transition to net zero emissions is bound to be “too late and too sudden”. The accelerated obsolescence of the capital stock through decarbonisation and a big reallocation of labour will inflict considerable pain on companies and households. It follows that the politics of a decarbonising world may be even more difficult than the politics of the pre-pandemic world.