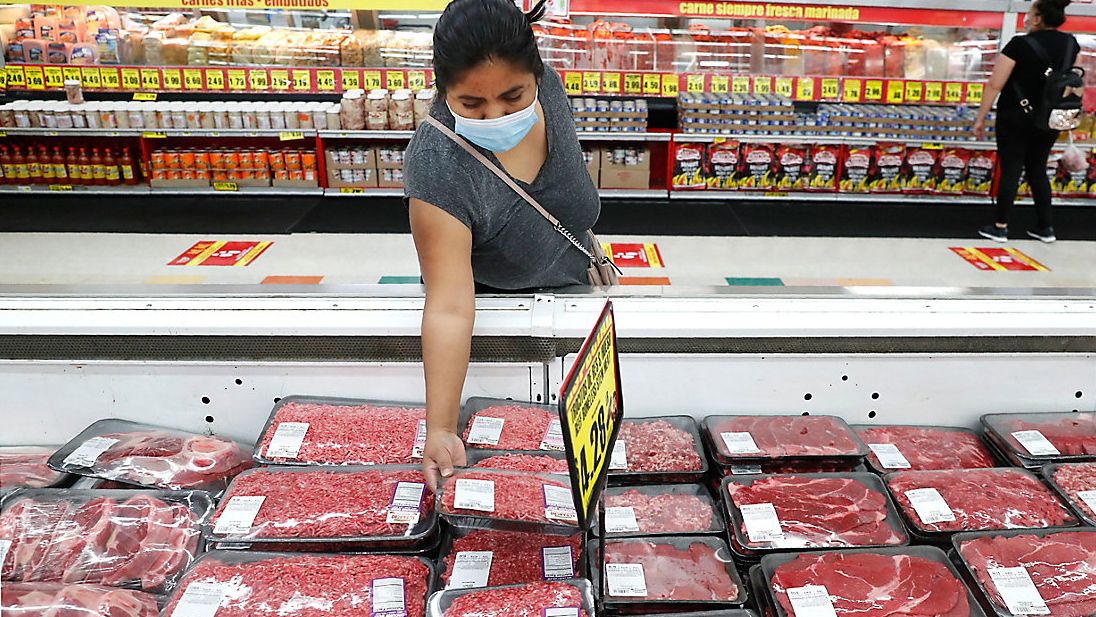 According to the U.S. Department of Agriculture, grocery store prices went up 3.5% from 2019 to 2020 — more than the average annual inflation increase of 2%.

What You Need To Know

The USDA attributed the jump to supply-chain disruptions — things like cargo ships currently stacking up off the coast of Southern California, caused, at least partly, by staffing issues stemming from the COVID-19 pandemic.

Over the past several months, restaurant owners have reported profit margins are down, not just because of the new competitive wages to find workers, but also due to the rising cost of food.

Cutting costs on food is extremely hard to do right now, according to Erik Tibcken, general manager of Halperns’ Purveyors of Steak & Seafood in Orlando.

“More money, less product, but all of our costs are high,” said Tibcken, who has been in the food industry for more than 25 years.

Costs in the food industry are at an all-time high, he said.

According to Tibcken, shipping costs to receive the food are up 20% on average.

Other factors and costs experts say are associated with the increase are:

“It’s the perfect storm, with no predictability in the future,” Tibcken said.

It doesn’t matter whether the food is imported produce or something domestic like mushrooms, seafood, or meats; everything costs more.

For now at least, the increases are the new normal.

“When the consumer is used to paying, it is hard for the producer to go down,” Tibcken said.

Industry experts predict food costs will not go down or really stabilize until after Mother’s Day 2022. With the holiday season now approaching, people are more likely to eat out and purchase higher-priced grocery items, they say.