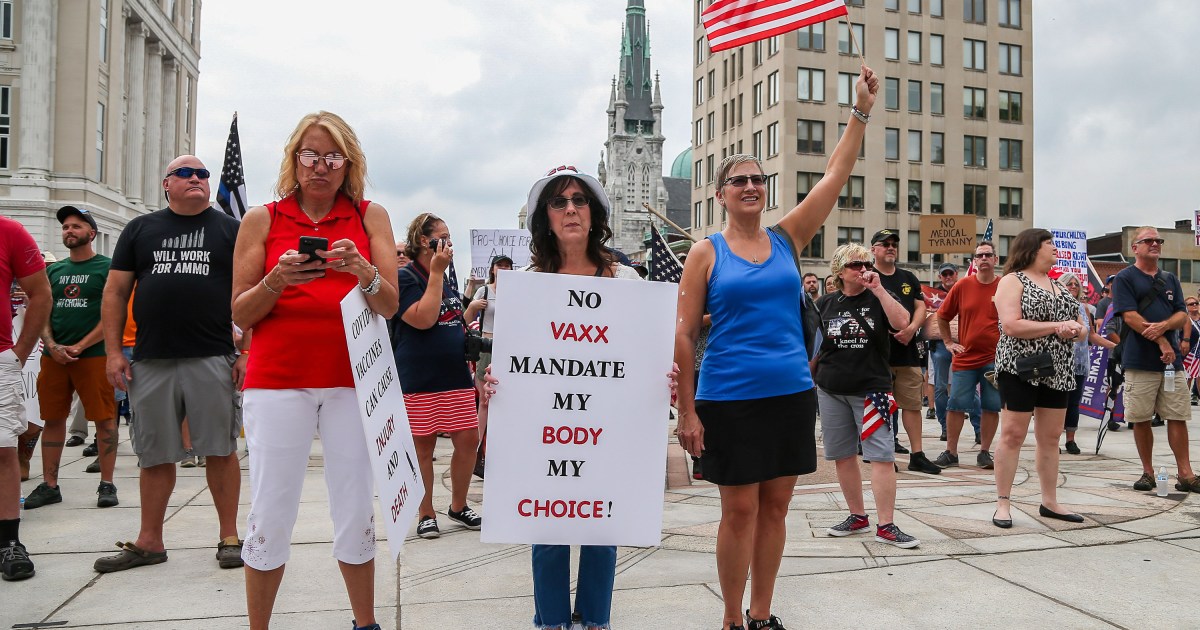 Jason Hargrove should be alive.

For years, the 50-year-old married father of six children drove a city bus in Detroit, Michigan to make an “honest living.” Every weekday, he went to work to provide for his family. The local union president called Hargrove a “professional” who was dedicated to his job.

Driving a bus can be risky. But, I suspect, Hargrove did not think that contracting a lethal virus was among the hazards.

That was until late March 2020, when COVID-19 began to infect the United States and much of the world with the swiftness of a jet stream. It prompted Hargrove to record a brief video and post it on his Facebook account.

For several minutes, Hargrove vented his anger, frustration and dread about the invisible threat boarding his bus. One news story described his short, urgent soliloquy as “profanity-laced”. So, what? He had every right and reason to use blunt words to call out the dunces who put him in danger – on and off a bus.

Hargrove was a driver, not a doctor. Still, he was astute enough to know that COVID-19 was “real” and a “crisis”. He wore a mask to protect himself, his family and his passengers. Hargrove was so fearful of exposing his wife, Desha, and their kids to a killer virus that when he arrived home, he got out of his work clothes right away.

For a while, the precautions worked. Then, one afternoon, a woman on his route coughed – a lot. She was sitting nearby and was not wearing a mask.

“For you to get on the bus … and cough several times without covering your mouth and you know (we’re) in the middle of a pandemic – that lets me know that some folks just don’t care,” Hargrove said, wiping his brow. “[They] utterly don’t give a f**k.”

Hargrove was right. This stubborn pandemic has confirmed that “some folks” not only “don’t care,” but “utterly don’t give a “f**k” about anyone other than themselves.

Hargrove also knew that the exit ramp out of this plague was for people to tackle the new contagion “seriously” by working together.

“For us to get through this and get over this, y’all need to take this seriously,” he said. “There’s folks dying out there.”

Just days after Hargrove urged us to treat COVID-19 “seriously” and take small, simple steps to insulate each other, he died – a casualty of the virus he had feared and tried, as best he could, to keep at bay.

While it may be impossible to say precisely where and when Hargrove became ill with COVID-19, here are the certainties.

Hargrove is one of 700,000 Americans and counting who have succumbed to a virus that a dumb president insisted, not too long ago, would magically disappear because he said so.

Hargrove’s death, like so many of those 700,000 deaths, was avoidable if more “folks” had heeded a bus driver’s prescient advice and warnings, instead of listening to a president who suggested that swallowing a household disinfectant could be a miracle cure.

I think about Hargrove each time I hear delicate (or lapsed) progressives chastise those of us who also use blunt, uncompromising language to blast the callous cretins. They prefer to remain locked in the quicksand of selfishness and ignorance that kills decent men and women who understand that a raging pandemic requires you and me to set aside parochial pursuits for the common good.

I think about Hargrove each time decent men and women who set aside parochial pursuits for the common good amid a mutating scourge are attacked with shouts and fists by incoherent fools who prefer to remain blissfully locked in the quicksand of their abiding selfishness and ignorance.

I think about Hargrove each time a nurse, doctor, teacher or bus driver is spat on, defamed or berated by irredeemable dolts who should be charged with criminal negligence causing their own COVID-19-induced deaths before their surviving family sets up a GoFundMe page to cover hefty funeral expenses.

I think about Hargrove each time an idiot posts an account of their Intensive Care Unit conversion admitting, through laboured breaths, that they were indeed idiots for believing the rich, vaccinated Fox News pundits who told them that COVID-19 was like the flu and a hoax meant to discredit and deny their beloved, equally delinquent president a second term.

We are told, instead, that these fragile, misunderstood souls need to be gently cajoled and convinced, not called perfectly apt, if uncharitable, epithets. Their apologists assume, of course, that these historically illiterate malcontents can be cajoled or convinced into comprehending that donning a mask is not akin to being forced to wear a yellow star or that foregoing proven, safe vaccines in favour of taking a drug used to rid horses and cows of parasitic worms is a prescription for slow, piercing agony.

Remember, that these are the same fragile, misunderstood souls who wailed like colicky babies during waves one through four that necessary lockdowns had deprived them of pursuing their constitutional rights to life, liberty and happiness – including, getting a haircut or buying a beer at a pub.

Remember, as well, that these are the same cocky buffoons who thought they were too tough, too young, too fit, too “free,” too MAGA-loving, to get COVID-19 and occupy precious hospital beds needed by patients who have waited patiently and, in many cases, in vain, for life-saving or life-altering care and surgeries.

We are told, instead, that the infuriating holdouts are not at fault for doing their own “research” – like amateur epidemiologists – into the safety of proven, safe vaccines or letting idiots in the media or politics persuade them that those proven, safe vaccines will damage their DNA, cause impotence or turn human beings into magnets.

Nope. Apparently, the callous cretins are never to blame for fuelling and prolonging a pandemic – that should, by now, be flickering out like a fire’s embers in North America – if the idiots had any measure of faith in scientists who once engineered effective vaccines for polio, the measles, and chickenpox, rather than a gallery of spent, forgettable celebrities and lunatic conspiracy theorists.

Some reckless editors and reporters have become enablers. Notice how they employ pleasant-sounding euphemisms like “vaccine-hesitant” or “vaccine-reluctant” to describe idiots who denigrate sensible, rational, serving the common good, double-vaccinated citizens as compliant “sheep”.

These euphemisms make the unpalatable, palatable.

A cockeyed sense of editorial “propriety” and guarding against accusations that they are picking a political side or being “unfair” to the “vaccine-hesitant” or “vaccine reluctant” – take your silly pick – for simply “questioning” the efficacy and safety of vaccines prompts some editors and reporters to join these idiots in the quicksand of selfishness and ignorance.

This leads to searching for an array of psychological and historical reasons to justify using euphemisms rather than telling the truth – as plainly as Jason Hargrove did – to challenge and indict the legion of so-called “adults” who insist on acting like petulant, self-absorbed toddlers.

The coddling of these dangerous rubes must end. Now. If they will not volunteer to be vaccinated, then governments and firms should enforce mandates to compel the irresponsible to do the responsible thing. And it is past time for editors to dispense with agreeable code words and begin to condemn the vaccine vagrants.

Hargrove left us with this wise admonition: “At some point in time, you got to draw the line and say enough is enough.”

The views expressed in this article are the author’s own and do not necessarily reflect Al Jazeera’s editorial stance.