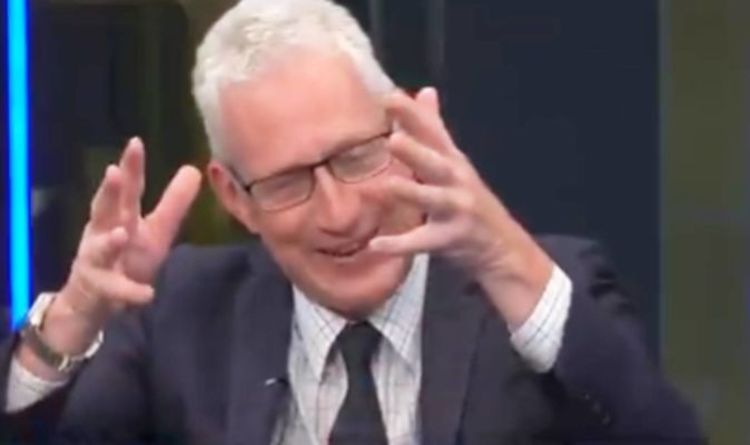 Lembit Opik appeared on GB News to discuss Scottish independence and rejected the decision by Nicola Sturgeon to hold another referendum. But the ex-Liberal Democrat politician told the channel that Ms Sturgeon would see a huge financial black hole if she left the UK as he recalled the Barnett Formula which massively helps out the northern country. He demanded to know whether the SNP or Ms Sturgeon would give back the money the UK Government gives them during a fiery rant on independence.

Speaking on GB News, Mr Opik shared his thoughts on Scottish independence and raised a key financial issue that could threaten the separation.

He told the station: “Here’s the point I would make, so how many referendums does [Nicola Sturgeon] want?

“She’s lost the last two, so, is it best of five because if she wins the next one is still down.

“Here’s another point which maybe my colleagues don’t know about there’s something called the Barnett Formula which figures out how the money is distributed around the UK.

“Scotland gets a whole lot of money, much more than they pay into Westminster.

“So (what) is she saying now? Because she’s also stated she does not want any of the oil money (from North Sea oil) because that used to be the big moan that they couldn’t get any of the oil taxation.

“The fact here is that Scotland gets more than it gives to Westminster, does she want to give that billion or two back as well?”

The Barnett Formula decides how much money is given from UK Government to devolved governments to run devolved powers.

Since healthcare is a devolved power in Scotland, it will receive a certain percentage of the money spent in England on healthcare.

This percentage is worked out through a range of factors including population growth, inflation and other demographics.

The SNP also campaigned from the 1970s up until recently about reclaiming profits and taxations from North Sea oil.

However, the plans have been left dead in the water as the world moves on from fossil fuels, the price of oil being much less and the new Green/SNP coalition in Holyrood.

Mr Opik also told GB News he does not think Scotland will go independent in his lifetime and addressed the SNP’s desire to rejoin the EU.

The SNP have been attacked for wishing to rejoin the EU as critics say they will swap “Westminster control” for “European control”, which is more alien.

Scotland would also need to set up its own currency before joining the EU and potentially the Euro which brings a whole heap of financial issues.

Economist Tony MacKay wrote in The Times that a new Scottish currency would be 18 to 22 percent weaker than the Pound Sterling.

He added a hard border between the UK and Scotland could see Scottish exports fall 15 percent.

Scotland could also keep the Pound Sterling but would be bound by the Bank of England’s decisions without having any influence or say over it.