Judge Bruce Buswell, who has been absent from the Perth Royal Show judging arena for the past 23 years, said the WA-bred Poll Dorsets exhibited showed improved fleshing.

“The quality of the carcase in our Poll Dorsets has gone up aided by the use of objective measurements,” he said.

Mr Buswell awarded an under 1.5-year-old ram the grand champion title. It was exhibited by the Squiers family, of Shirlee Downs stud in Quairading.

“He is an exceptionally built animal that has all the meat carcase traits,” he said. 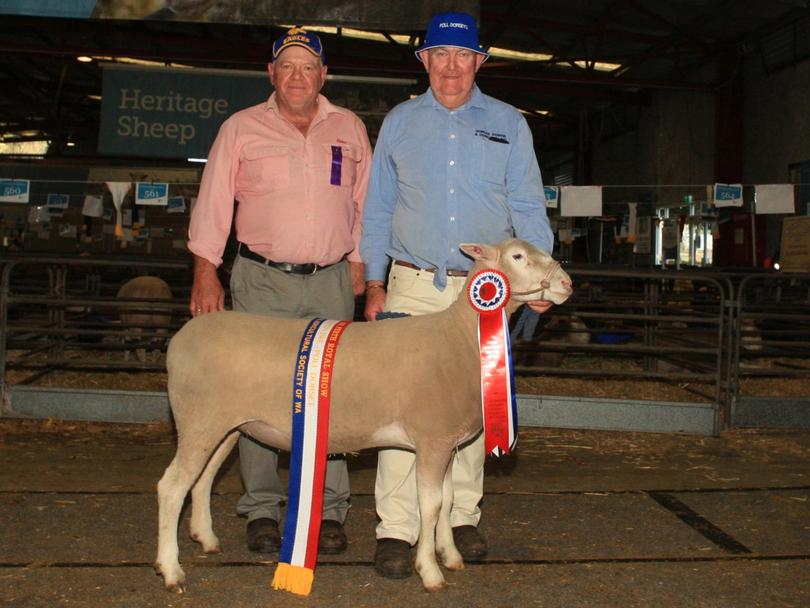 The Squiers were also successful showing their quality females winning the champion ewe prize with SD 231, from the under 1.5 years class against nine other entries. Their champion ewe lamb, SD 262, was also awarded reserve champion ewe.

Also exhibiting well at the Poll Dorset breed judging were the Fairclough family, of Stockdale Poll Dorset stud in York. 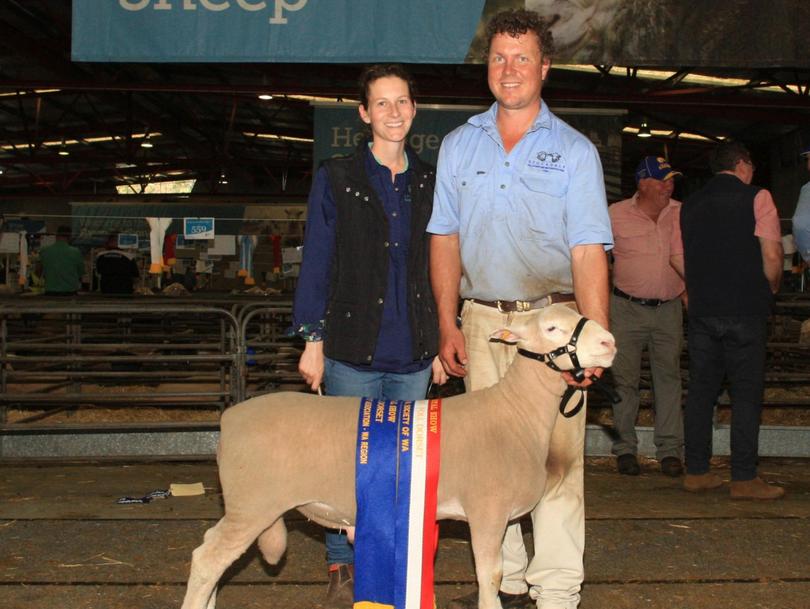 In the ram lamb classes, a Stockdale entry, sired by Gooramma 13/282, won the champion ram lamb sash and went on to win the grand champion lamb exhibit title.

The Fairclough family also exhibited successfully in the group of three rams class, winning the champion title with three very even rams.

The Squiers took out both wins in the breeders group (under 1.5 years) and the progeny group of three (any sex and age by the same sire).