The tale of Sphen and Magic went viral in 2018 when the male-male couple successfully adopted and incubated an egg at the Darling Harbour facility.

The hatched chick was named Lara by the aquarium’s penguin carers.

The Gentoo Penguins adopted a second egg in 2020, which hatched in November that year, bringing Clancy into the world.

To celebrate their anniversary, the couple will enjoy a frozen fish cake to share with their friends in the colony. 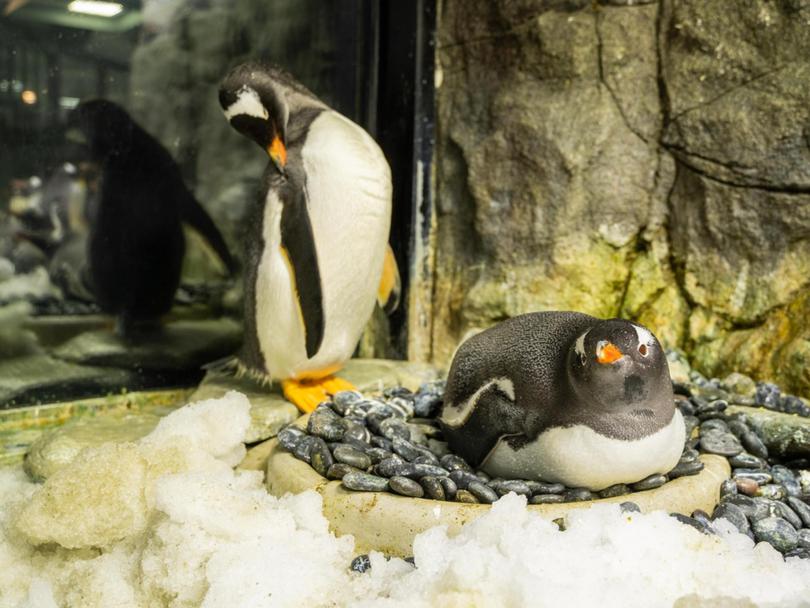 SEA LIFE’s penguin keeper Kiera Ponting said it was the aquarium’s fourth penguin breeding season and she was “thrilled” to see Spehn and Magic still together.

She called them one of the most devoted couples in the colony.

“Magic still regularly collects the most perfect pebble that he can find for Sphen, displaying what a great hunter and partner he can be,” Ms Ponting said.

“They set a great example to the rest of the colony. They’re inseparable and proving just how strong penguin bonds can be.

“We’ve noticed many of the newer penguin couples setting up their nests close to Sphen and Magic, which we think is them trying to learn from the best.”

This year, the couple are minding an artificial egg to continue setting an example to the other penguin couples. 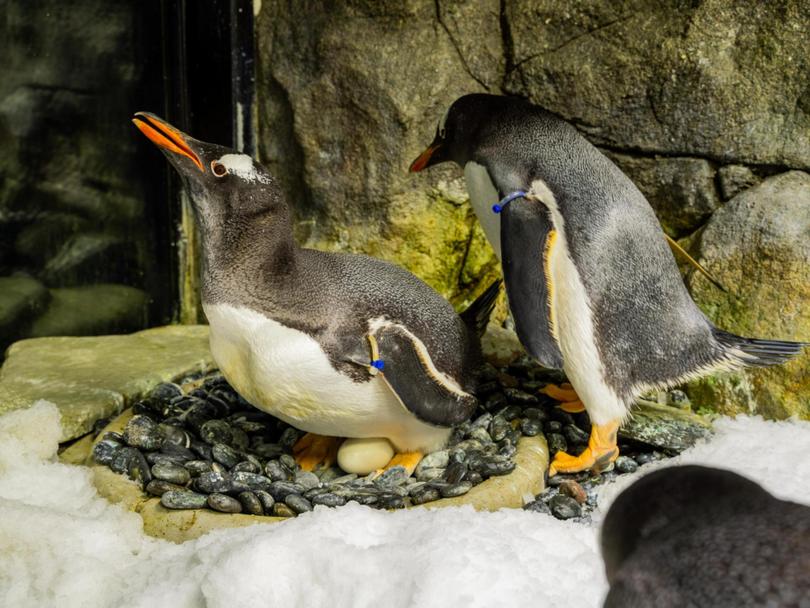