Australia is set to host the 2027 rugby World Cup after being confirmed as the preferred candidate by World Rugby.

The announcement follows a World Rugby Council meeting overnight, where embers voted to accept a recommendation from the Rugby World Cup Limited Board to work exclusively with Australia to finalise a hosting model for the 2027 edition of the tournament.

After a concerted campaign led by former Wallabies including Robbie Kearns, Rugby Australia Chairman Hamish McLennan said called the nomination a huge step forward for “rebooting the game in Australia”.

“Throughout this process, we’ve held the genuine belief the time was right to bring the Rugby World Cup back to our shores,” he said.

“The team at Rugby Australia have worked hard on this for a number of years and today’s announcement is great reward for those efforts. 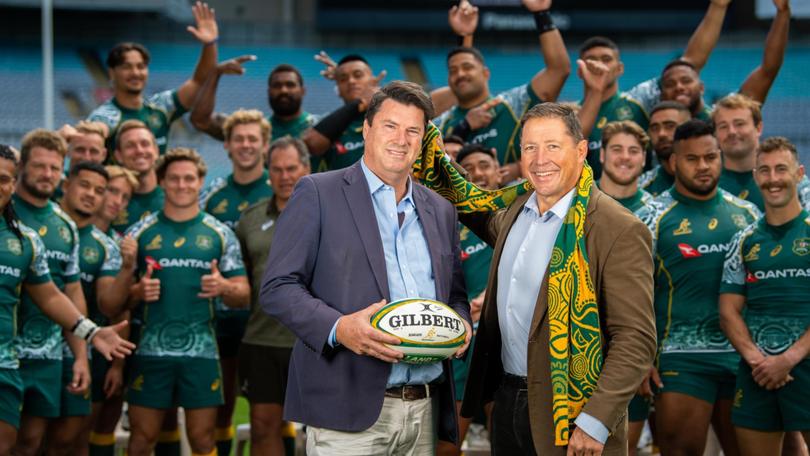 “Through this hard work … we’ve been able to get to a position where we can demonstrate to World Rugby that we’re a safe pair of hands and the obvious choice to host RWC 2027.

“This is a once-in-a-generation opportunity and we’re now closer than ever before to making that dream a reality. Game On for Australia 2027!”

Australia last hosted the rugby World Cup in 2003 with New Zealand, when the Wallabies lost a heartbreaking final to England, 20-17.

Rugby Australia will now work in an exclusive partnership with World Rugby to further develop the tournament model, ahead of a final World Rugby Council vote in May next year.

“We now have the opportunity over the coming months to work with our colleagues at World Rugby to develop the optimal model for delivering Rugby World Cup 2027 in a way which will help foster the continued growth of the game not only in Australia, but in our region and globally.

“Today’s announcement is a testament to the incredible work of a lot of people at Rugby Australia over the last three years, since the organisation first set its sights on hosting the tournament again.

“The hosting of the third-biggest global sporting event will not only reposition Australia on the sporting map and deliver a boost to our economy but provide us with an opportunity to showcase once again our magnificent country.

“We’re conscious there is still much work to do and we certainly won’t be resting on our laurels. We look forward to continuing to work with World Rugby over the coming months to ensure we can deliver a compelling proposition for the Council’s consideration ahead of its final decision in May next year.”