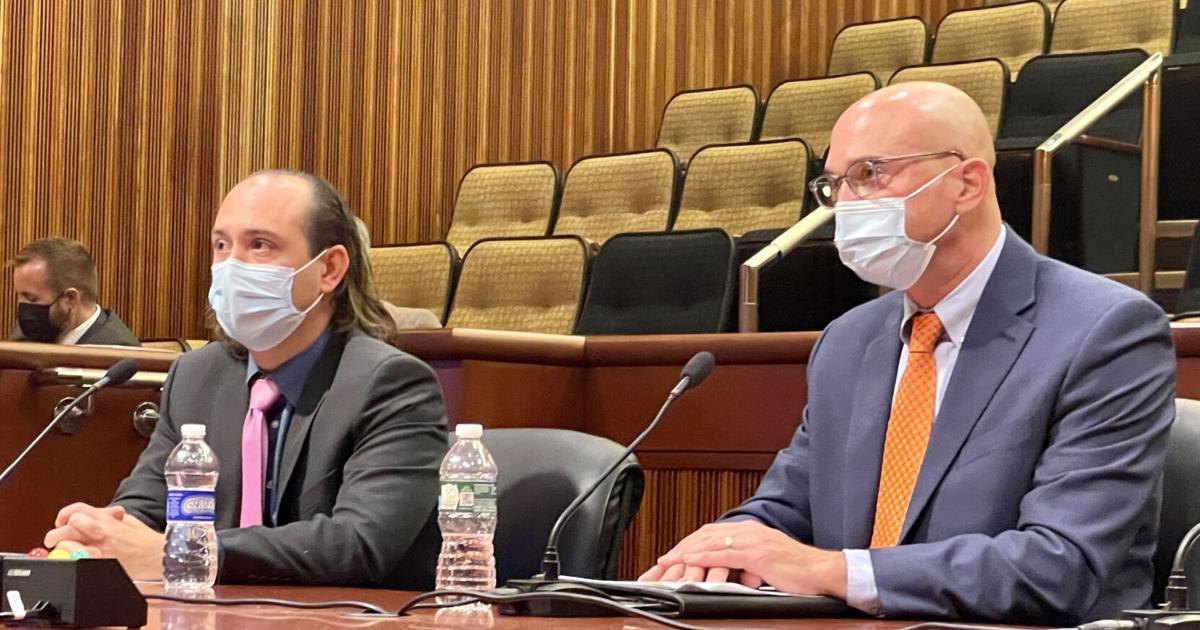 ALBANY — Gov. Kathy Hochul signed a bill into law late Friday that allows government bodies in the state to continue to hold meetings and other public business remotely until the COVID-19 public health emergency ends.

Lawmakers in September voted to temporarily amend the Open Meetings Law and allow public bodies to hold municipal meetings via telephone or video conference through Jan. 15, provided meetings are recorded and later transcribed for the public.

Lawmakers passed the bill sponsored by Sen. Jim Gaughran, D-Northport, this week that will extend the previous modifications to the Open Meetings law and permit any public body to hold meetings remotely without in-person access as long as the body records and releases the audio or video recording to the public.

The state Legislature is authorized to conduct session remotely after Gov. Hochul extended the state’s COVID-19 disaster emergency Dec. 26. The bill allows remote public meetings to continue until the governor terminates the COVID-19 state emergency with notification to the Legislature by the state Health Department commissioner.

Hochul needed to sign the extension to the statute by the end of the weekend for public bodies to avoid violating the state’s Open Meetings Law by holding government meetings remotely.

Officials have relied on remote, livestreamed government meetings since the start of the COVID-19 pandemic 22 months ago in March 2020. The popularity of has ebbed and flowed with the fluctuating virus transmission rate, which started reflecting a downturn to 16.3% positive Friday from 23.2% on Jan. 2.

“As New York local governments and public bodies continue working around the clock to get us through the COVID-19 pandemic, this legislation is a key tool that will enable continuity in government and make public meetings more accessible,” Gaughran said in a statement Friday.

Leaders with the Assembly Democrats did not respond to requests for comment Friday about the measure or remote public meetings.

State Coalition for Open Government President Paul Wolf is disappointed, he said, because the bill does not mandate meeting recordings be posted online for the public.

The bill mandates the recordings be made available to the public, but not how.

The provision also does not require public comment sessions to be held at municipal meetings.

“That has been a real problem during virtual meetings,” Wolf said. “It’s not that hard to make a recording and post online afterward. I don’t think it’s difficult to take comments during a virtual meeting by people calling in over Zoom or calling in a telephone number so they can be heard live. The technology is there to take live comments.”

“It’s disappointing. We’ve expressed these concerns months ago and no effort has been done.”

Paul noted livestreamed meetings allow more constituents to watch or participate, but said the extender should include expiration date for officials to be forced to revisit the Open Meetings Law.

“To leave this in place with no definite end date is a concern,” he said.

The coalition is urging lawmakers to create an agency to enforce the state FOIL and Open Meeting Law and issue consequences for violations, and sent letters to Hochul’s office with a canned response from executive counsel about the letter’s receipt.

The governor has amended the Open Meetings Law and FOIL processes since taking office in August, but it’s too soon to tell if her administration will improve transparency in state government, Wolf said.

“I think Gov. Hochul is talking a good game, but we’ll have to see when some actual results occur,” he added. “She has signed into law two amendments to the open meetings law that we pushed for, but we’re certainly looking to accomplish more and hoping she is interested in accomplishing more.”

The coalition has issued several reports, including one this week showing the majority of state boards of elections violate Freedom of Information and Open Meetings laws.

The coalition sent its findings and legislative suggestions to improve transparency to Senate Investigations and Government Operations Committee Chairman Sen. James Skoufis, D-Woodbury, who responded that he appreciated the report and would review the information.

Officials with the state Association of Counties have discouraged lawmakers from voting to make remote meetings a permanent fixture of governing.

“The latest surge in COVID positive cases with the omicron variant have prompted some counties to hold their legislative or committee meetings on a virtual basis,” association Deputy Director Mark LaVigne said Friday. “Not all counties are meeting virtually, but some are as a way to protect the health and safety of their lawmakers, staff members, and the public. This is a short term solution to help stem the spread of COVID in communities across the state.”

“Counties are not asking to convert to remote operations. It’s always best to be in person and the public being able to attend in person.”

State Association of Counties counsel and state Association of Clerks of County Legislative Boards have asked lawmakers for increased state funding for localities in the 2022-23 state budget, especially for smaller counties and rural communities, so they can acquire the proper camera and technological equipment to hold fair virtual public meetings.

Hochul will announce the details of her executive budget Tuesday.

As an Amazon Associate I earn from qualifying purchases.