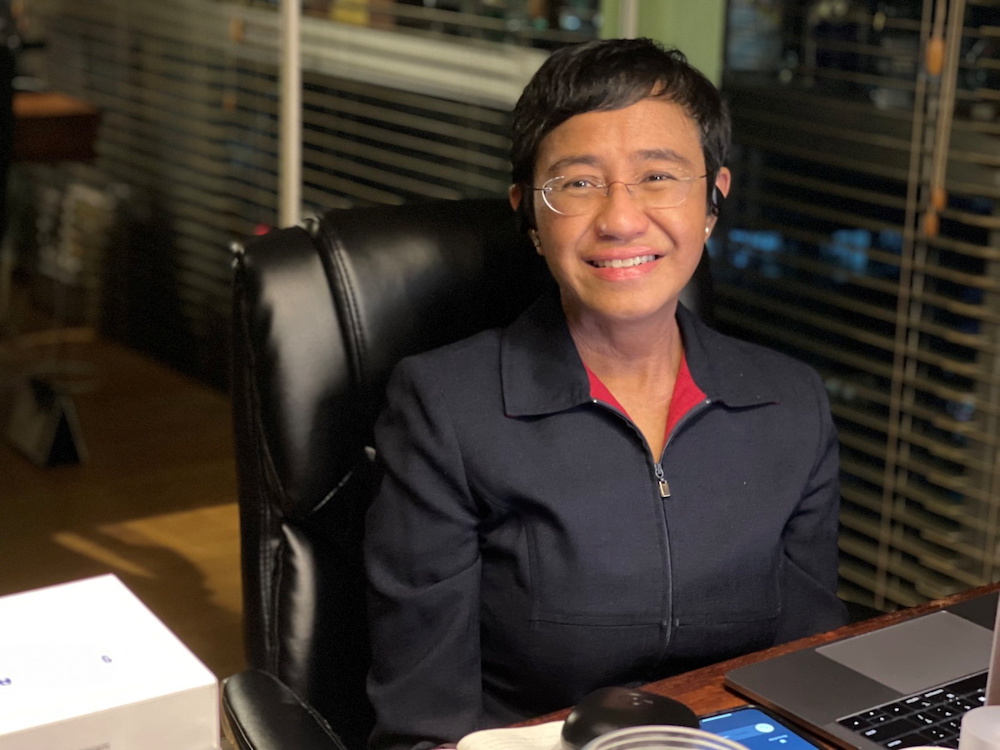 MANILA, Oct 9 — Veteran Philippine journalist Maria Ressa today said her Nobel Peace Prize was for “all journalists around the world”, as she vowed to continue her battle for press freedom.

Ressa, co-founder of news website Rappler, and Russian journalist Dmitry Muratov were awarded the prize yesterday for their efforts to “safeguard freedom of expression”.

“This is really for all journalists around the world,” Ressa, a vocal critic of Philippines President Rodrigo Duterte, told AFP in an interview.

“We do need help on so many fronts — it is so much more difficult and dangerous to be a journalist today.”

Philippine press groups and rights activists hailed Ressa’s award as a “triumph” in a country ranked as one of the world’s most dangerous for journalists.

Since Duterte was swept to power in 2016, Ressa and Rappler have endured what media advocates say is a grinding series of criminal charges, investigations and online attacks.

Duterte has called Rappler a “fake news outlet”, and Ressa has been the target of abusive messages online.

Ressa, 58, said she hoped the prize would provide a protective shield for her and other journalists in the Philippines against physical attacks and online threats.

“I hope this allows journalists to do our jobs well without fear.”

Ressa has been a staunch critic of Duterte and his government’s policies, including a drug war that rights groups estimate has killed tens of thousands of mostly poor men.

Rappler was among the domestic and foreign media outlets that published shocking images of the killings and questioned its legal basis.

International Criminal Court judges have authorised a full-blown investigation into a possible crime against humanity during the bloody campaign.

Other media outlets have fallen foul of Duterte, including the Philippine Daily Inquirer and broadcasting giant ABS-CBN, which lost its free-to-air licence last year.

But Ressa said Rappler’s independence meant it could fight back. “We have no other businesses to protect… so it’s very easy for us to push back,” she said.

Ressa said seven legal cases, including tax evasion, still in the courts were “ludicrous” and she was determined to win.

She is on bail pending an appeal against a conviction last year in a cyber libel case, for which she faces up to six years in prison.

Two other cyber libel cases were dismissed earlier this year.

“That abuse of power would have worked if I allowed the fear in my emotions and in my head to dominate our reaction — the biggest challenge was always to conquer your fear,” she said.

“Being fearless doesn’t mean not being afraid, it just means knowing how to handle your fear.”

The author of How to Stand Up to a Dictator hopes to get permission to travel to Norway to pick up her Nobel Prize. — AFP