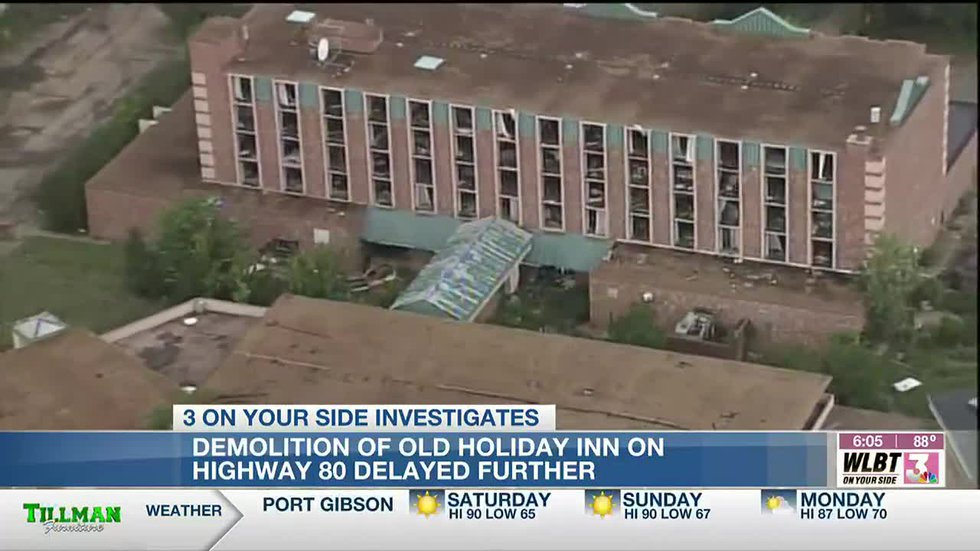 JACKSON, Miss. (WLBT) – A former five-story hotel and vacant downtown church have yet to be revitalized and used by their owners, plagued by months of delays and complications they attribute to the COVID-19 pandemic.

“The reason why had to do with the economy, the pandemic, cost of material, and what have you,” Boyd said. “We want to make a difference in the community. Highway 80 is a prime place for development.”

The complex — called The Pearl — will also have health care facilities provided through a partnership with the Jackson-Hinds Comprehensive Health Center, which contributed to the delay.

Boyd and his church’s efforts began five years ago.

Last year, Boyd told 3 On Your Side construction would begin in the spring of 2021, but that did not happen.

Now he hopes they’ll close on their financing next month, which includes low income tax credits to make it happen, with construction and demolition following in December.

The Pearl has now been tentatively scheduled to open in March 2023.

“That building is five stories. And I’m not quite clear of the square footage but it’s astronomical. It’ll take them a little while to bring it down and remove the debris from it. But once we start on that we won’t be stopped unless the weather [stops us],” Boyd said.

Another eyesore with a fresh coat of paint in a few places – the former First Christian Church downtown, located at the corner of High and North State streets.

Fifth Avenue Church of God in Christ of America Pastor Xavier Joshua said their delays stemmed from the pandemic, too, after COVID-19 devastated their communities in December 2020.

“At one of our meetings, we lost over 150 people because of the pandemic. And ever since then, we have lost so many leaders and elders and wives, and husbands and wives and children,” Joshua said. “One family, we lost a mom, the dad and the son. It has been pretty hard dealing with the pandemic and trying to keep the ball moving; however, that has not stopped us.”

Visitors to downtown may find that hard to believe considering the overgrown grass outside the church Friday, but Joshua said they have it cut every two weeks.

While the outside may also look rough, with broken windows and damaged doors, photos from Joshua showed how much they’ve worked to get the inside complete.

Several rooms had been cleared of debris, meaning they’re ready for the next step in the process.

“By the new year, we anticipate having the sanctuary roof done, plastering done and electrical components done in the sanctuary,” Joshua said, adding that they’ll begin working out of the facility while other parts of the building go through the same process.

Joshua hopes to house Jackson’s homeless temporarily with an on-site shelter and provide training services to help them get back on their feet with a job and place to live.

“When they leave, they always will have something to fall back on, and they’ll never be homeless again,” Joshua said.