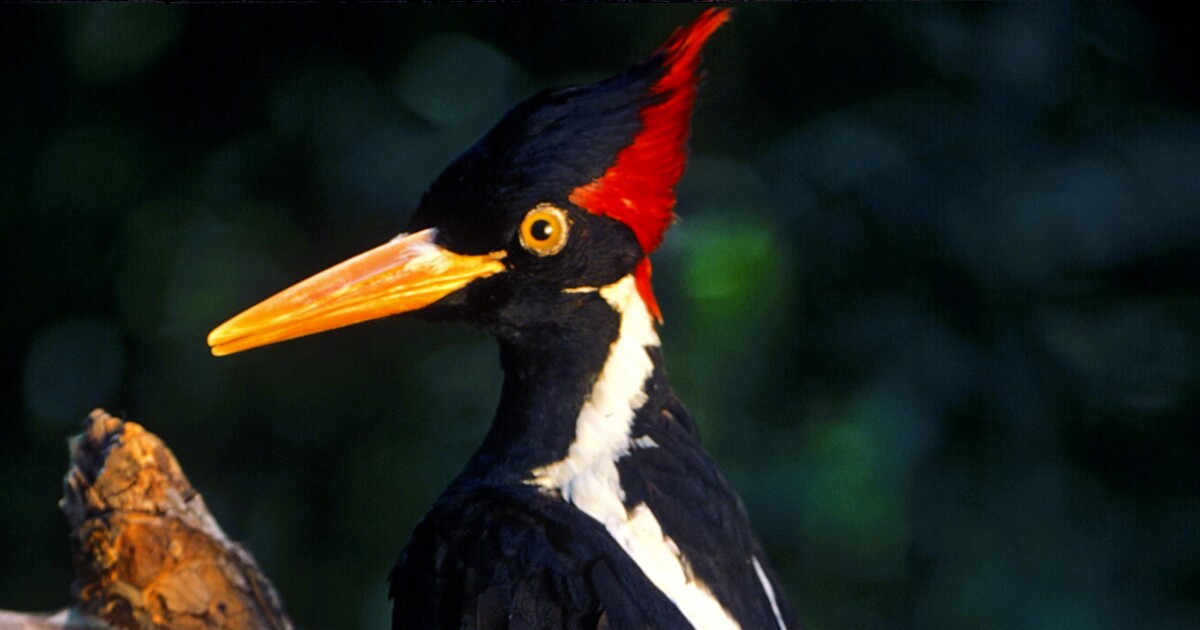 At the end of September, 22 animals and one plant officially joined the growing list of extinct species — with most of the extinctions due to human interference in their lives. And as a biologist specializing in sound and hearing, I wondered if the noise we humans add to the planet played any role in the extinctions.

We’ve known for a long time that animals change their vocalizations in response to human sounds. Birds, frogs and even whales — like humans — increase the loudness of their voices as the environment gets noisier. Animals also change their call rates or pitches, or make other qualitative changes, just to make themselves heard over us.

But sometimes species simply give up. Ship sonar can cause whales to go silent. It also interferes with the echolocation they rely on for navigation and is thought to be a cause of some beachings. Human-created noise has forced a variety of species of animals around the world to alter their behaviors, which holds consequences for mating and migrating and affects their continued existence.

We have glimpsed what might happen with less human noise. While the human world temporarily became quiet in the early weeks of the COVID-19 pandemic, the natural world seemingly spun the volume knob up, to levels not heard in decades. Many of us who opened a window or gingerly stepped outside in the spring of 2020 suddenly heard birdsongeverywhere.

Birds increased the intricacy of their songs, realizing perhaps that the hard work they put into their compositions would not be wasted, buried under the usual humanmade din. They also shifted the pitch of their songs downward to fill the vacant pitch space once filled with traffic noise.

But here is a little surprise about the birdsong during the quiet period: The volume knob was not turned up — birds actually reduced the loudness of their songs. Yet their pitch-shifted, sophisticated and now-softer songs traveled double the distance, standing out in bold relief against the newly quiet backdrop of our pandemic-caused cease of commotion.

The communication between birds is crucial to their survival. It is used in defending their territory and especially in mating. A well-formed song by a male bird signals a fit, well-fed and healthy potential mate for the female choosing among potential suitors. This general song and dance applies to insects too, helping to ensure the continued survival of these species.

Of course, sound connects species to one another in ways that are far removed from human intervention. Squirrels communicate by thumping their tails on the wood of trees. The ears of certain flea larvae are tightly tuned to the precise frequency of the chirp of the katydid they feed on.

Interspecies use of sound, even with humans involved, can be for the good. Sounds can stimulate plants’ growth and promote their resistance to pests. Dogs’ stress is reduced during kennel stays when music is played. Outside the realm of human intervention, certain flowers release their pollen only when the preferred species of bee buzzes at its characteristic pitch. Evolution has “taught” tomatoes, peppers, eggplant, kiwis and other plants that their blossoms’ pollen spreads best when borne on the bodies of bee species that buzz at about 200-400 hertz.

Any plumber can tell you that plant roots like to make their way into water pipes underground — often using sound to find their way there. When peas are grown in forked pots, their roots can either grow to the left or the right. Playing an audio recording of water in one branch of the fork reliably induces the plant to send its roots in the direction of the sound even though no water is actually present.

How might other species be affected by the newly reported loss of Bachman’s warbler, the ivory-billed woodpecker and the Little Mariana fruit bat? What sounds have been lost to Earth’s listeners? What other organisms are worse for their absence?

The power of sound is often under-recognized. We rally around causes that reduce visual pollutants in our towns and cities or protest the loss of forests, which are easy to see. But there is too little awareness of the acoustic network that helps many species thrive. Amid all the evidence we have of harm our noise can bring, we should avail ourselves of the ways sound can be used for environmental good, such as promoting the growth of crops and reducing plant-destroying, disease-bearing pests.

We heard a bit of what we were missing in spring of 2020. As human-made noise continues to go back to its pre-pandemic roar, we need to keep it from preventing the chirps, buzzes and echoes of the natural world from contributing to the well-being — and survival — of other species.

Nina Kraus is a neuroscientist and a professor of neurobiology, communication sciences and otolaryngology at Northwestern University. She is the author of the new book “Of Sound Mind: How Our Brain Constructs a Meaningful Sonic World.”