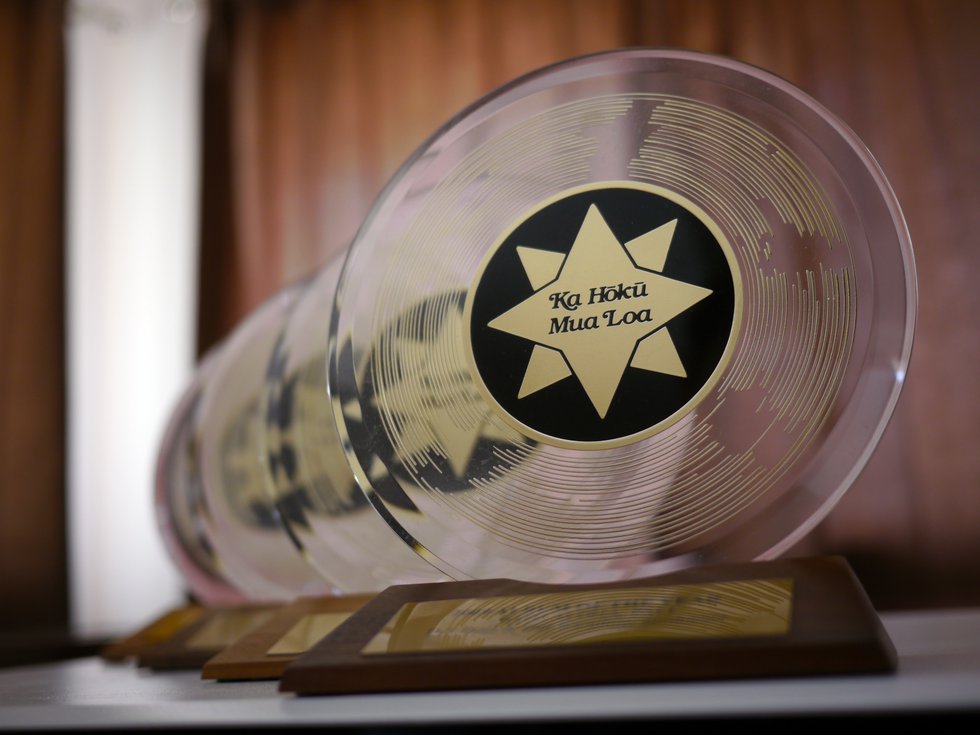 HONOLULU (HawaiiNewsNow) – For the second straight year, the biggest night in Hawaii’s music industry was held at the Hawaii Theatre — without an audience.

In fact, the presenters and performers were recorded nearly a month ago in an empty theater.

“There were plans to actually have an audience there, and of course, around summertime or so, right before that, things just kind of changed,” said Pali Kaaihue, who directed and edited the program.

Everyone involved had to be fully vaccinated — and were tested for COVID before entering the theater.

“The HARA (Hawaii Academy of Recording Arts) Board of Governors, everyone involved, thought we should still have it because our artists are still recording and there weren’t many events held last year that happened,” said Kaaihue.

“I can actually count on one hand how many live performances we’ve done since shutdown,” said entertainer Natalie Ai Kamauu. “But Zoom has definitely kept us connected with our fans around the world.”

Kamauu and her husband, Iolani Kamauu, are multiple Hoku award winners. They’re also among the many musicians who’ve gone online during the pandemic.

“We’ve been Zooming a lot. We’ve been on Instagram Live or Facebook Live. As far as live performances, that is the extent,” said Iolani Kamauu.

There are some venues — like Blue Note Hawaii — that have had live performances, with safety protocols in place. But it’s still been a difficult time for musicians and other entertainers.

HARA has been able to assist musicians with some financial and medical aid through the pandemic.

Despite the challenges, having the Hoku awards online has actually drawn a bigger audience from around the world. Kaaihue said last year’s awards show attracted 6 million views, both on air and online.

“This entertainment industry should have shut down, and it didn’t,” said Natalie Ai Kamauu, who still misses performing live — but also misses being an audience member.

“I feel as if the disconnect has affected me as a recipient of music, not just as someone who’s an entertainer. But I long to feel that connection of standing in the midst of our artists here in Hawaii and listening to them.”