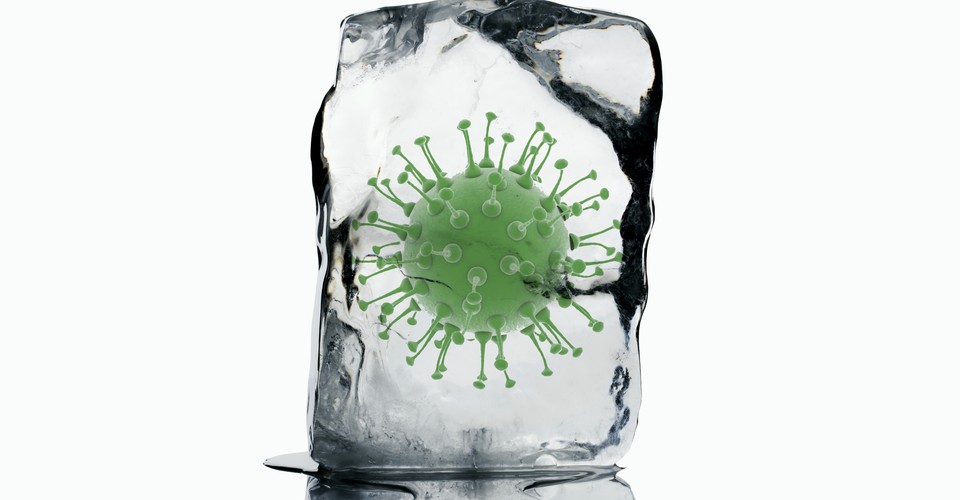 The evolutionary virologist Michael Worobey is trying to bring the pandemic-origins debate back to where it started: with the notion that the coronavirus made the jump to humans at the Huanan seafood market, in Wuhan, China. Last week, he argued in Science that, contrary to official timelines of infection, the “first known” patient was a market vendor selling shrimp. For Worobey, it’s telling—to say the least—that this confirmed case, and most of the other very early ones, was linked to Huanan. In an interview with Jane Qiu, whose excellent rundown of the new analysis appeared on Friday in the MIT Technology Review, he calls a natural spillover in this spot “vastly more likely than any other scenarios based on what we now know.”

But the mystery is hardly solved. The Science piece doesn’t say that the shrimp seller was patient zero in the outbreak. Indeed, Worobey’s prior work suggests that the very first infection overall, whatever its source, must have occurred weeks earlier, in October or November 2019. And although many of the early, known COVID-19 patients were connected to the market, some were not.

Worobey’s analysis, which corroborates the work of several independent researchers, does not, then, disprove the possibility that the pandemic started from some other source, such as a laboratory accident. It does, however, serve to crystallize the underlying structure of this endless and confusing argument. Those inclined to think, like Worobey, that the pandemic must have started from a traded wild animal share a fundamental intuition with those who point their fingers at the lab: They’ve both looked at all the facts and then identified a grand coincidence, and they both believe that their theory—and only their theory—can explain it.

A single question seems to be the fuel for every fight: What are the odds? “Start with geography,” the science journalist Nicholas Wade suggested in May. What are the odds, he and others ask, that a global outbreak of the bat-derived SARS-CoV-2 coronavirus would just happen to begin a few miles from the Wuhan Institute of Virology—the world’s largest BSL-4 facility and the research home of the world’s leading bat-coronavirus researcher? Now factor in that scientists from this very same facility were involved in efforts—both proposed and carried out—to tinker with the genomes of similar viruses and see whether they got more infectious. And factor in that these same scientists had identified one of the pandemic virus’s closest-known relatives in a copper mine about 1,000 miles away. What are the odds? Quoth Wade: “It’s a stretch.”

Daniel Engber: If the lab-leak theory is right, what’s next?

Worobey’s paper from last week lays out a similar sort of argument. What are the odds? Start, once again, with geography. What are the odds that, if the virus did emerge from the Wuhan Institute of Virology, the first known cases would show up more than eight miles away, in a market complex across a river from the putative site of any “laboratory-associated incident”? Now factor in that this market complex, in particular, is one of fewer than two dozen in Wuhan—a city of 11 million people—known to have trafficked in live wild mammals as recently as November 2019; and that Chinese health officials had taken an Australian virologist to this same market five years earlier, telling him, as he recalled in a recent interview with Qiu, that it was “a possible place that could trigger future outbreaks”; and also that most of the cases from Huanan were confined to the market’s western section, which, according to the joint pandemic-origins study by China and the World Health Organization, housed seven of the 10 stalls from which wildlife products were sold. What are the odds?

In short, how likely is it that the first known outbreak in Wuhan would just happen to emerge not inside a stadium, or at a department store, or in some generic mall—but rather in a market selling live raccoon dogs, marmots, and hedgehogs? How come our timeline happens to begin at one of the few places in this whole metropolis where you’d most expect to see a natural spillover event, of the very kind that caused the first SARS-coronavirus outbreak? “It seems too much of a coincidence,” Qiu wrote on Twitter Friday. Worobey told me via email that this was the “central point” of his article. “At 10x magnification it may seem surprising that the outbreak began in Wuhan, the site of the Wuhan Institute of Virology,” he said. “But at 100x magnification, it is the market that appears to be the epicenter.”

Two competing, circumstantial arguments now face off like a pair of rutting Milu deer with antlers locked, jabbing at each other’s priors. So, for instance, those who argue for the market theory will point out that Wade’s supposed “stretch”—the one involved in getting SARS-CoV-2 all the way to Wuhan—recapitulates what occurred 17 years earlier, when the original SARS virus first appeared in urban centers that were also almost 1,000 miles from any bat caves in Yunnan. Or they’ll note that the Wuhan Institute of Virology is far from China’s only site for coronavirus research. In other words: Your coincidence is not as improbable as you think.

Read: The lab-leak debate just got even messier

Then the nitpicking goes the other way. Although most of the cases from the Huanan market, like most of the suspected stalls, were in the western section, that section itself contains hundreds of other stalls, and spans an area the size of several city blocks. The cases from that section weren’t even clustered near the wildlife-product vendors, Alina Chan, a molecular biologist at the Broad Institute of MIT and Harvard and the co-author of Viral: The Search for the Origin of COVID-19, said when I messaged her this week. (Worobey says that’s not surprising, given that most infections would have gone unnoticed.) The evolutionary virologist Jesse Bloom, of the Fred Hutchinson Cancer Research Center, in Seattle, notes that the versions of SARS-CoV-2 obtained in samples from the Huanan market are clearly not ancestral sources for all subsequent infections. “Certainly there is nothing in the sequence data that can disprove the idea that the first infections were at the Huanan Market,” he told me, “but there also isn’t anything in the sequences that really suggests it was at the market either.” Once again: Don’t embellish your coincidence.

The mere existence of these two opposing arguments doesn’t make them equal. One coincidence may seem bigger than the other, and thus more likely to reflect the true origins of COVID-19. I tend to think that the market theory has a bit more heft, based on what we know right now—but what we know right now remains limited to disclosures by Chinese authorities. This much is clear: Both circumstantial cases, for a laboratory origin and for a market spillover, have been made in the absence of crucial evidence that might very well exist.

We know that the Wuhan Institute of Virology’s public database of thousands of sampled bat-coronavirus sequences has been offline since September 2019, and no one can explain why; that key facts relating to its research have been revealed only via dogged work by journalists and outsider scientists; and that blood samples from its workers, apparently negative for SARS-CoV-2, weren’t shared with international investigators.

The market theorists are similarly working in the dark. If wildlife vendors at Huanan were ever tested for antibodies, those results have been kept secret, and although the joint WHO-China study (released in March) claimed that there was no illegal trade in wildlife on-site, a paper published in June contained photographic evidence of caged hog badgers and other wild mammals there. That paper, from Xiao Xiao, of China West Normal University, and several colleagues, fails to say exactly where in the market those cages were found, and whether they were in the vicinity of the outbreak’s earliest-known victims. (One of the co-authors, Chris Newman, of the University of Oxford, told me he assumes that finer-scaled data might exist but that Xiao “has unfortunately been advised by his University not to add fuel to the media fire” by discussing them.)

China may well have an interest in withholding evidence for both pandemic-origin theories. (After all, each implies official negligence in its own way.) In other words, we could be stuck in a circumstantial stalemate. If one of these big coincidences is pointing toward the truth, what are the odds that we’ll ever find out?