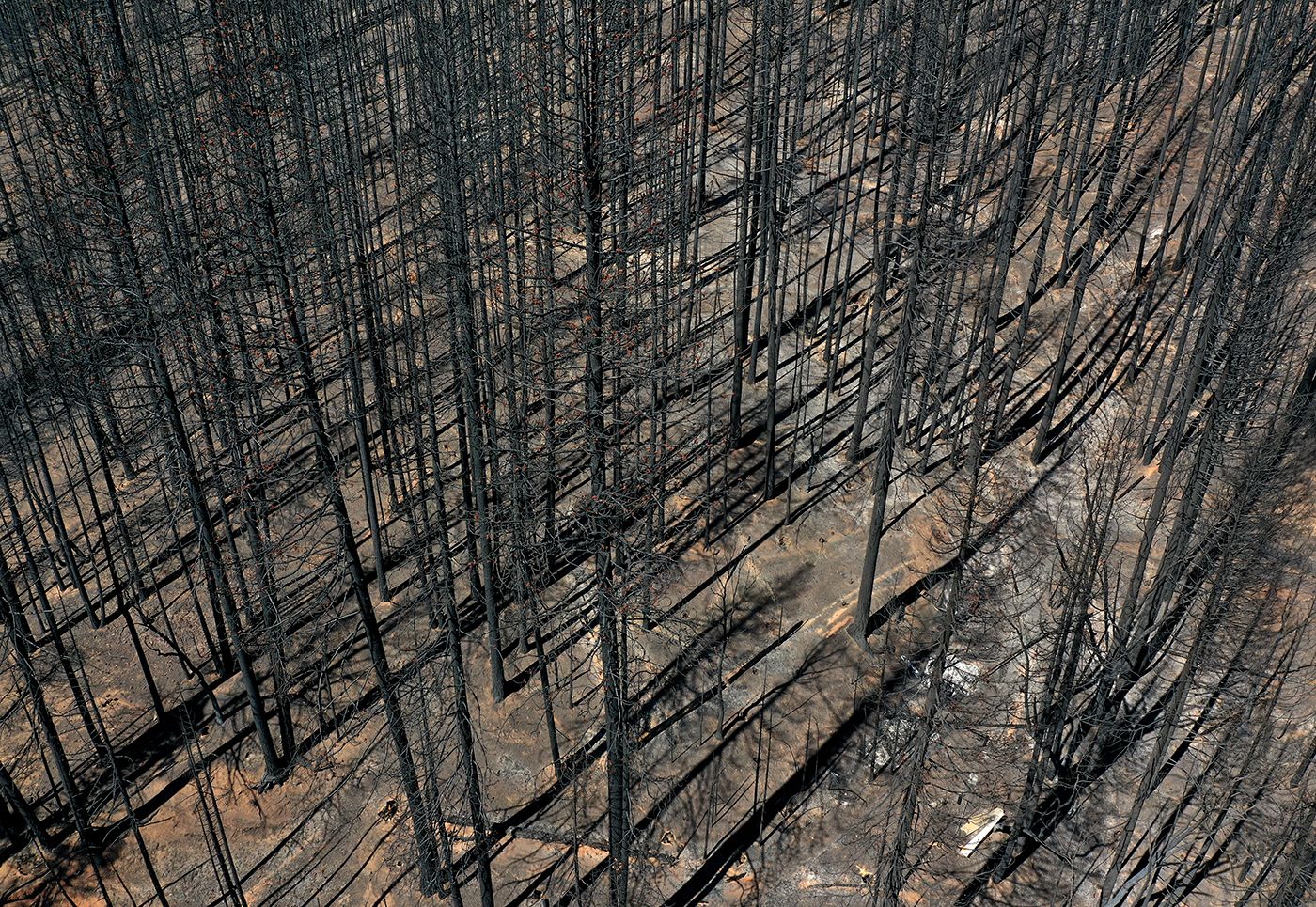 Some experts have already been saying that the COVID-19 pandemic may be causing arsons to spike, much as it has caused other types of serious crime to spike as well. And a couple of recent examples in Northern California feature suspects with tenuous mental health, maybe expressing rage or sorrow in this disastrous way.

We still don’t know the motives that drove a 30-year-old scientist and yoga instructor to allegedly light at least two wildfires in Shasta County last month, but there have already been suggestions that mental health and unhappiness could have played a role. Suspect Alexandra Souverneva appeared to have been on some kind of solo odyssey in September, and things weren’t going that well for her. Just prior to her September 22 arrest on suspicion of setting the Fawn Fire — which very quickly destroyed 185 homes near Lake Shasta — she was jailed overnight for resisting arrest, following an incident we still don’t know anything about.

Souverneva was let out of jail the morning of September 23, and very soon she was spotted on a quarry road near where the Fawn Fire began — and investigators later found out she was stoned and confirmed she had been “trying to boil water” to drink from a creek bed in the area. She also said, oddly, that she believed the water was tainted with bear urine.

A few weeks earlier, she two separate run-ins with the law, with an arrest for criminal trespass in Oregon, and then a DUI arrest on I-5 near Red Bluff.

As the New York Times reports today, a Los Angeles arson investigator, Ed Nordskog, who has interviewed some 300 arsonists in his career, arson is a crime that cuts across race and gender lines, and the motives very rarely include a particular obsession with fire — as is the Hollywood/TV cliche.

Souverneva’s alleged acts highlight the extreme gravity and potential for harm from wildfire arson. As Nordskog says, “The wildland arsonist is the most dangerous criminal in the world. They can burn a whole town down in an hour.”

What was Souverneva angry about? We may never exactly know. A yoga studio owner who knew Souverneva over an extended period, Steve Farmer, expressed great shock that she could be connected with such a crime. But he did reveal a detail to the Chronicle saying that Souverneva had been unhappy in her job, working for Big Pharma in the Bay Area.

Another suspected NorCal arsonist this fire season, Gary Maynard, was an itinerant college professor whose own life seemed to be in a state of collapse. Maynard taught classes on criminology, and former students of his at Santa Clara, Chapman, and Sonoma State universities say that during Zoom classes in the past year, Maynard was anxious and tended to overshare about personal troubles.

One former student at Santa Clara, Vamsita Venna, went on the record to say “Something was off” with Professor Maynard. He talked about his own mental health, teaching from a darkened bedroom, and said things about a sick father and a “lawsuit against his former landlord.”

Students complained, and after December 2020, Maynard’s contract at Santa Clara University wasn’t renewed. He was also known to send odd messages to students, talking ponderously about the state of the world, and sometimes including links to YouTube videos of him driving and talking — including one where he talks about the September 2020 Alameda Fire in Oregon.

One doesn’t have to ask what Maynard was specifically angry or sad about to see that he was not well.

And when an investigator with the U.S. Forest Service began to be suspicious of Maynard in July, when he was found with his car stuck on a remote road on the slopes of Mount Shasta, not long after a wildfire was reported there, it was not long before investigators had a warrant to track his car. Soon he was linked to four more fires, all of which were quickly extinguished before doing much damage — all while investigators were tracking his movements via a transponder they stuck on his car while he ate a restaurant in Susanville.

“Where Maynard went, fires started. Not just once, but over and over again,” the government wrote following his arrest.

Maynard has been formally charged with starting the Ranch Fire, which broke out in a remote area not far from the edge of the Dixie Fire, where Maynard had been camping overnight.

Maynard has pleaded not guilty.

As the Times notes, arson offenses nationwide had been declining for several decades, but the pandemic brought a spate of them. 120 arson arrests were reported by Cal Fire in 2020, compared with 70 the year before — and there was, across the country, a 20% uptick in arson offenses. The figures for 2021 remain to be seen.