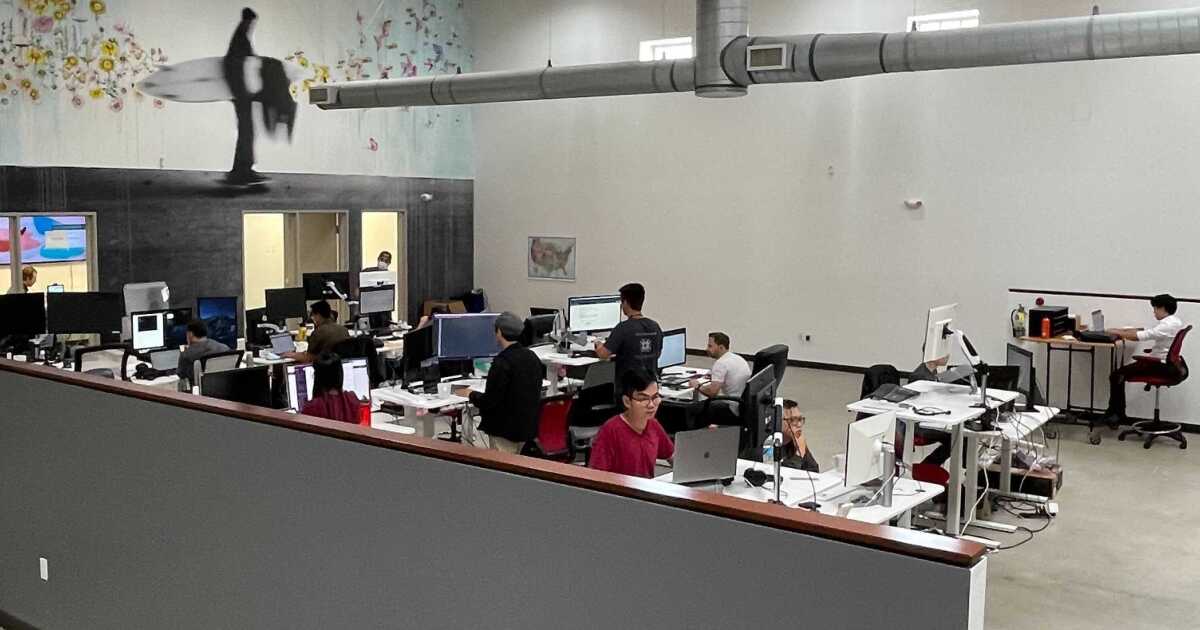 When the COVID-19 pandemic eventually ends, how many employees will come back to the office full time?

Emerging academic research suggests that a significant percentage of the workforce could end up on a hybrid schedule where they go to the office fewer than five days per week.

And that has big implications for everything from how to use buildings to employee diversity in the office, from commuting considerations to who gets promoted.

At the 38th annual Economic Roundtable on Thursday, the region’s business leaders took a closer look at how the pandemic has reshaped the workplace, and the implications going forward for the cross-border economy in the San Diego and Baja region.

Before the pandemic, less than 5 percent — or one of every 20 fully paid working days — occurred at home based on U.S. government surveys, said Jose Maria Barrero, assistant professor of finance at Instituto Tecnologico Automono de Mexico who earned his Ph.D. from Stanford University.

That shot up above 60 percent in May 2020 — the early days of pandemic lockdowns, said Maria Barrero. It has since moderated, even with the Omicron surge.

But based on research that Maria Barrero is conducting with colleagues from Stanford and the University of Chicago, 25 percent to 30 percent of fully paid working days could remain at home after the pandemic subsides.

“So, it’s more like one out of every four working days that is going to be provided from home,” said Maria Barrero during a keynote speech at the Economic Roundtable. “Hybrid is going to be a huge part of working arrangements in the future.”

Maria Barrero and colleagues are surveying about 5,000 Americans once a month on the changing work environment. They’re also collaborating with the Federal Reserve Bank of Atlanta on a survey of about 500 U.S. businesses each month and are trying to figure out whether working from home will stick after the pandemic.”

“I think if you look at the business press, a lot of large organizations around the world are implementing hybrid precisely because they want to balance or get the best of both worlds of working from the office and working from home,” said Maria Barrero. “So, Citigroup and their new CEO Jane Fraser announced in early 2021 that they were planning for mostly a hybrid workforce. If you go and hear what Google is saying, they’re saying basically the same thing. The same thing for Amazon.”

One reason is employers without a hybrid option are going to have a harder time retaining and attracting talent. A significant percentage of workers say they would start looking for a new job if required to come to the office full time. About 7 percent say they would quit on the spot, said Maria Barrero.

In San Diego and Tijuana, hybrid schedules could ease long commutes at the border, where wait times can span hours. An estimated 54,000 people cross from Tijuana into San Diego each day, said Alan Gin, an economist at the University of San Diego.

For many workers, a hybrid schedule is not an option. They are already onsite full-time because their jobs require it.

“These are mostly people who don’t have a college degree, and who are kind of frontline employees at a manufacturing plant where they need to physically do stuff in that plant, or they need to provide a service,” said Maria Barrero. “So, for example, if you work in health care as a nurse or as a doctor, and you need to see patients in person.”

About half the workforce falls into this category, he said.

But a quarter or so of workers, many of whom are fully remote now, will likely transition to a hybrid schedule post-pandemic, he said. The remaining 15 to 20 percent will continue to fully work from home, in part because their jobs can be done on computers and don’t require significant collaboration.

While he thinks hybrid work will stick around post-pandemic, Maria Barrero says there are challenges with the hybrid model. They include scheduling around myriad employee preferences for days at home, using space efficiently when everyone is remote Mondays and Fridays, and managing productivity when workers aren’t in the office.

In addition, the people who most prefer a hybrid schedule aren’t random. Women, particularly those with children, and minorities are more likely to say they want to work remotely at least on a hybrid basis,” said Maria Barrero.

“So why is this an issue? It turns out, and this is based on the academic research, that when workers work from home, they tend to get promoted less often, possibly because they get less face time,” he said. “If we let people choose when to work from home, and it turns out that women with children, and racial and ethnic minorities, are the people who stay home, then these are exactly the people who don’t get promoted. That is a diversity time bomb for many organizations.”