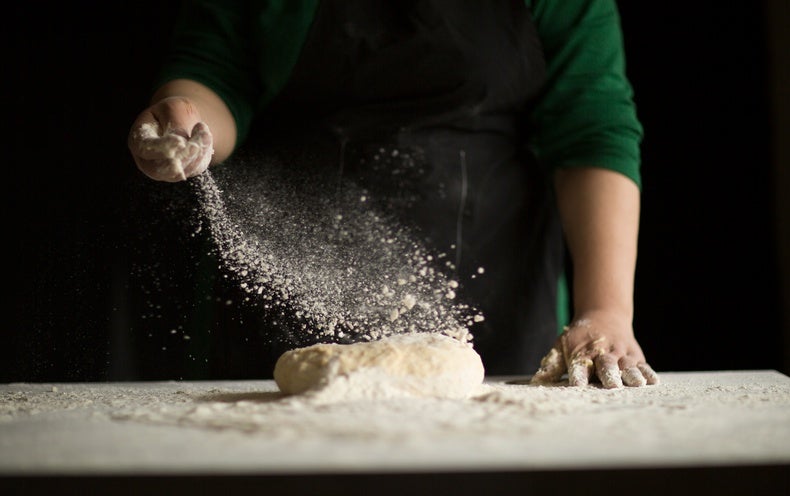 In the spring of 2020, faced with a deadly pandemic and instructions to stay at home, a remarkable number of Americans began baking bread. They planted vegetable gardens. They took up DIY home repair. They sat down for dinner with the same few family members—every single night. For anyone who was not an essential worker, the experience felt like a return to pioneer days.

According to two studies published this year, in many ways, we really did reverse the clock. American activities, values and relationships began to resemble those found in small, isolated villages where life is a struggle and illness and death lurk outside the door. “When survival threats increase, and the social world contracts, as it did with COVID and stay-at-home orders, we found that people very quickly adapt, and those adaptions reflect behavior and values that were very prevalent at an earlier point in human history,” says Patricia M. Greenfield, a professor of psychology at the University of California, Los Angeles, who led both studies.

Greenfield’s perception is shared by others. “It seems adaptable to go back to basics when we feel threatened,” says Ashley Maynard, a cultural developmental psychologist at the University of Hawaii, who was not involved in the research. “Perhaps a silver lining of the pandemic is a renewed focus on the family and the sustainability of simple daily routines as components of well-being.”

In one of the studies, published in September in Current Research in Ecological and Social Psychology, Greenfield and her colleagues Genavee Brown, a psychologist at Northumbria University in England, and Han Du, a psychologist at U.C.L.A., surveyed more than 2,000 people in California and Rhode Island in April and May 2020, beginning about a month after stay-at-home orders went into place. In both states, people were cooking more and had started growing their own food. Appreciation of family and the elderly had increased. Conservation of scarce resources grew. Instead of worrying about getting rich, people were worried about having enough. And family members had begun to help one another more. Notably, parents expected more help from their children in the form of cooking, cleaning and laundry. The more days people had been staying home, the more likely they were to show these shifts in behavior.

The findings aligned with an earlier study, published in Human Behavior and Emerging Technologies in February, that Greenfield conducted with her grandsons Noah Evers, an undergraduate at Harvard University, and Gabriel Evers, a high school student in Canada. They analyzed word frequencies used in Google searches and on social media sites 70 days before President Donald Trump declared a national emergency on March 13, 2020, and 70 days after. They found a sharp rise in words such as “survive,” “death,” “cemetery” and “bury” during the pandemic. “Mortality salience increased tremendously,” Greenfield says. Words denoting subsistence activities such as “seeds,” “recipes” and “shovel” also increased dramatically. The most frequent word? “Sourdough.” “The replication of findings using two very different methods gives us confidence that our survey findings indicate actual change,” Greenfield says.

Together, these two studies of responses to the pandemic also provide strong evidence in support of Greenfield’s theory of social change, cultural evolution and human development, which was first published in 2009. It argues that changes in environmental conditions influence the creation of cultural values, which influence adult behavior. The adults then create new learning environments for children that affect their development. The changes are all designed “to adapt to the new conditions,” Greenfield says.

She developed the theory after studying three generations in a Maya village called Nabenchauk in Chiapas, Mexico. In 1969, when she first arrived in the isolated village of about 1,500 people, it had an agrarian, subsistence economy. Approximately 35 percent of the children died before age four, food supplies (mainly beans and tortillas) were limited, and children helped their parents grow corn and weave textiles and clothing. In such an environment, Greenfield saw many of the same values that showed up under lockdown, such as a heightened awareness of death, a greater appreciation of family and a focus on having enough rather than becoming rich.

But over the decades, change came to Nabenchauk: A donation of trucks and vans from the government made some residents into entrepreneurs. Changes in Mexican education policy pushed parents to send their children to school. And technology arrived in the form of cell phones. Social change arrived, too. The villagers began buying food instead of growing it, children learned school skills instead of weaving and agriculture, and families were less likely to be home together during the day. Values shifted away from community and became more individualistic, much like they are in the U.S.

American families’ response to the pandemic is a striking, though rare, example of this process of social change working in reverse. It also indicates the theory’s strength, says psychologist Yolanda Vasquez-Salgado of California State University, Northridge. “[Greenfield’s] theory can be used in nearly any country, context or era in our society,” Vasquez-Salgado says.

Greenfield is not suggesting that we all became Maya villagers, and she notes the way we used technology to communicate and support our new habits. “People were ordering seeds online and looking for recipes online, so, it was a very different environment,” she says. “But the behavioral tendencies were the same.”

Of course, once vaccines became widely available, conditions in the U.S. began to shift back toward what they were before the pandemic. Our values and behaviors have probably shifted back as well, Greenfield says, but some effects on young people may persist. “As they get older, young people [may] still show the imprint of what they went through now, because other research indicates that later childhood, adolescence and early adulthood are the times for cultural imprinting.”

Greenfield and her colleagues in both studies are now comparing the changes they found in the U.S. with those in Mexico, Indonesia and Japan to see if there are cross-cultural differences in responses to the difficult conditions of life during a pandemic. Preliminary results suggest many similarities. “[Greenfield’s] findings have the potential to bring society together and make them realize that we have a lot in common during this time,” Vasquez-Salgado says.

That’s what Greenfield would like to see. “I really hope this research helps people understand and make sense of their experience,” she says. “These shifts are human responses to increased danger, and they have been conserved through hundreds and probably thousands of years of human history.”