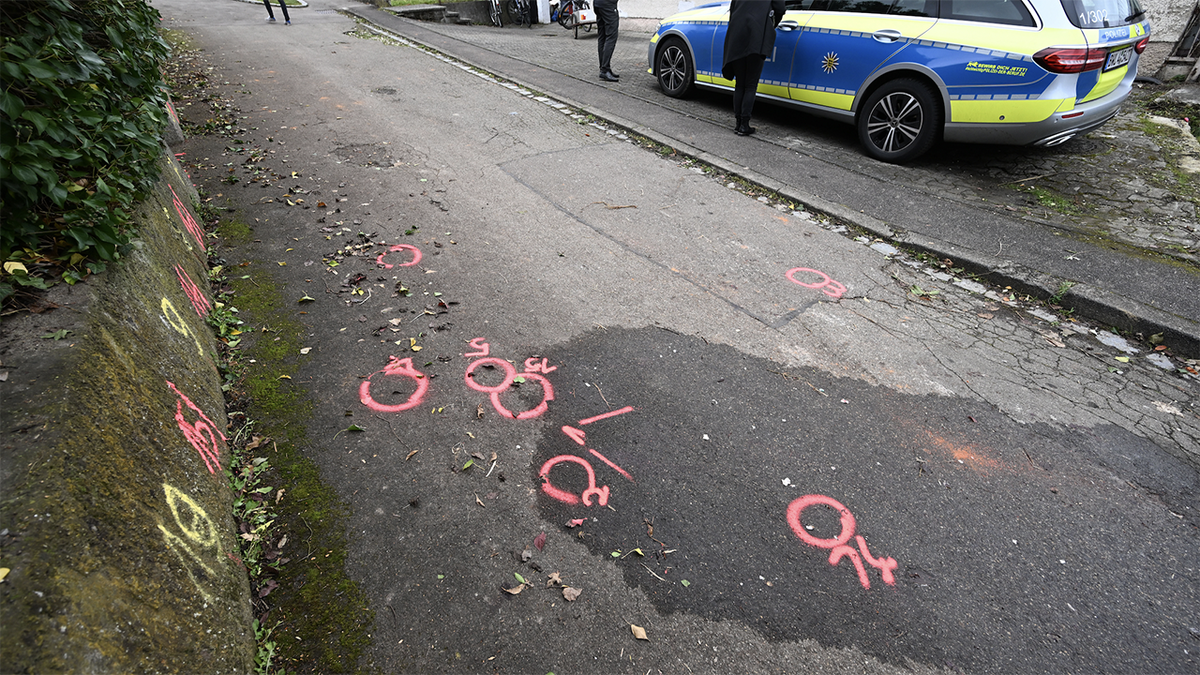 A 14-12 months-outdated woman was killed and yet another teen female was wounded when a 27-year-old male allegedly attacked them with a knife on Monday early morning in Illerkirchberg, a small town in southern Germany about 80 miles west of Munich. The two women ended up on the way to university close to 7:30 a.m. when they were attacked. Unexpected emergency clinical personnel transported them to a local clinic, in which the 14-yr-outdated female succumbed to her injuries. The 13-calendar year-old female was remaining treated for severe but non-lifetime-threatening accidents.
Police forensics markers are positioned at a crime scene on a route the place two ladies were attacked on their way to university in Illerkirchberg, Germany.
(Bernd Weißbrod/image alliance via Getty Pictures)
A 14-12 months-old woman was killed and a 13-calendar year-old was critically wounded in the knife assault.
(Bernd Weißbrod/photo alliance by using Getty Visuals)150 Folks ARRESTED, More than $31M SEIZED IN International DRUG TRAFFICKING STING: Office OF JUSTICEPolice in the nearby city of Ulm explained that the 27-year-outdated suspect “experienced occur from a neighboring lodging for asylum seekers and had fled there all over again immediately after the crime.””When the police searched it with particular forces, they uncovered three inhabitants there, all asylum seekers from Eritrea,” Ulm police mentioned.
Police automobiles parked at a criminal offense scene in Illerkirchberg, Germany.
(Bernd Weißbrod/picture alliance via Getty Photos)Simply click In this article TO GET THE FOX Information APPAuthorities discovered a knife on the suspect, which they think to be the murder weapon. The suspect is currently remaining addressed at a medical center for accidents. It’s unclear if the attacker realized the two victims and law enforcement are still investigating the motive.  Paul Greatest is a breaking news reporter for Fox Information Electronic and Fox Small business. Story suggestions and tips can be sent to Paul.Best@fox.com and on Twitter: @KincaidBest.