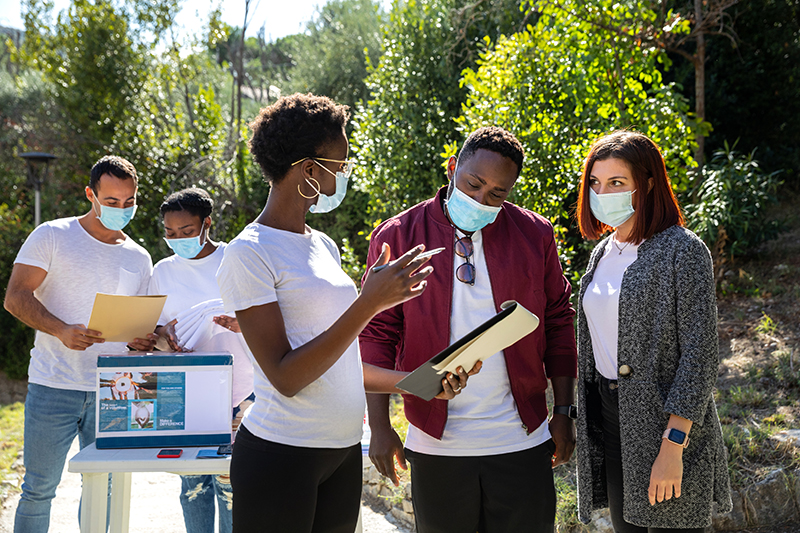 The following essay was originally published in The Philadelphia Inquirer in collaboration with Drexel University’s Lindy Institute for Urban Innovation as part of Rebuilding Philly, a series of commentary articles written by Drexel faculty and professional staff related to the COVID-19 pandemic and racial and economic equity gaps in Philadelphia. It was written by Bruce Melgary, a senior fellow at the Lenfest Center for Cultural Partnerships at Drexel University.

While most of us are familiar with nonprofit organizations, many people do not realize just how big the sector is and the scale of its impact on the national economy and employment.

According to the National Center for Charitable Statistics of the Urban Institute, there were approximately 1.54 million nonprofit organizations registered with the Internal Revenue Service in 2016. The actual number is larger because religious organizations with revenues of less than $5,000 are not required to register. What most of us typically think of as nonprofit organizations are the public charities that makeup about 70% of the total. But the IRS defines about 30 different types of nonprofit organizations that also include social clubs, veterans’ associations, labor unions, and chambers of commerce, to name a few.

What makes a nonprofit organization “nonprofit” is that it does not provide financial rewards (profits) to owners or shareholders, but instead uses its resources to benefit its constituents or the public in a meaningful way. According to the charitable statistics center, the nonprofit sector contributed an estimated $1.05 trillion to the nation’s gross domestic product in 2016, which was about 5.6% of the total.

The Johns Hopkins University Center for Civic Studies, in its “The 2019 Nonprofit Employment Report,” states that there were approximately 12.3 million people employed by nonprofit organizations in the United States in 2016. That was about 10.2% of all private employment (15.6% in Pennsylvania) and ranked in third place among the 18 industry sectors tracked by the federal government. Nonprofit employment was just below accommodation and food services and about even with manufacturing. The three categories of education, health care, and social assistance accounted for about 81% of nonprofit jobs.

Even when times are good, the nonprofit “business” is very challenging and competitive. Its revenue model relies on some combination of fees for service, government support, and public donations that can vary greatly from year to year. Its workforce usually consists of some combination of volunteers and employees, with governance provided by an unpaid volunteer board of directors and organization management provided by a paid professional staff.

Let’s pretend that we have now jumped forward to the year 2025. What did those nonprofit organizations that survived and thrived since the tumultuous events of 2020 have in common that set them apart from the others?

They put mission ahead of everything else and it became the “guiding light” for all board and staff members. They made sure their missions were relevant to the people they served, and they consistently and accurately measured and evaluated their effectiveness in meeting those missions. They made changes when necessary, deciding what to do and what not to do while being realistic about resources.

They embraced diversity broadly defined, not for political correctness but for better outcomes. Their boards and staff became representative of the constituents their organizations served. They got beyond “all fund-raising all the time” because while fund-raising is always critical, other expertise, skills, and life experience matter, too. They actively sought diversity of thought because it facilitated “out of the box” ideas and better problem-solving. They engaged young people at all levels since they are the future of any organization.

They joined in productive partnerships. They understood that working effectively with complementary organizations usually achieves better results than working alone. They shared support services with other organizations so that more resources could be focused on their missions.

They invested in and significantly increased the use of technology to improve program effectiveness and reduce administrative costs. They found ways to blend the best people with the best technology to better meet their missions.

In a rapidly changing society, the role of nonprofit organizations in meeting human needs will grow with each passing year. Let each of us think about what we can do to help so that the nonprofits can survive and thrive in 2025 and beyond.