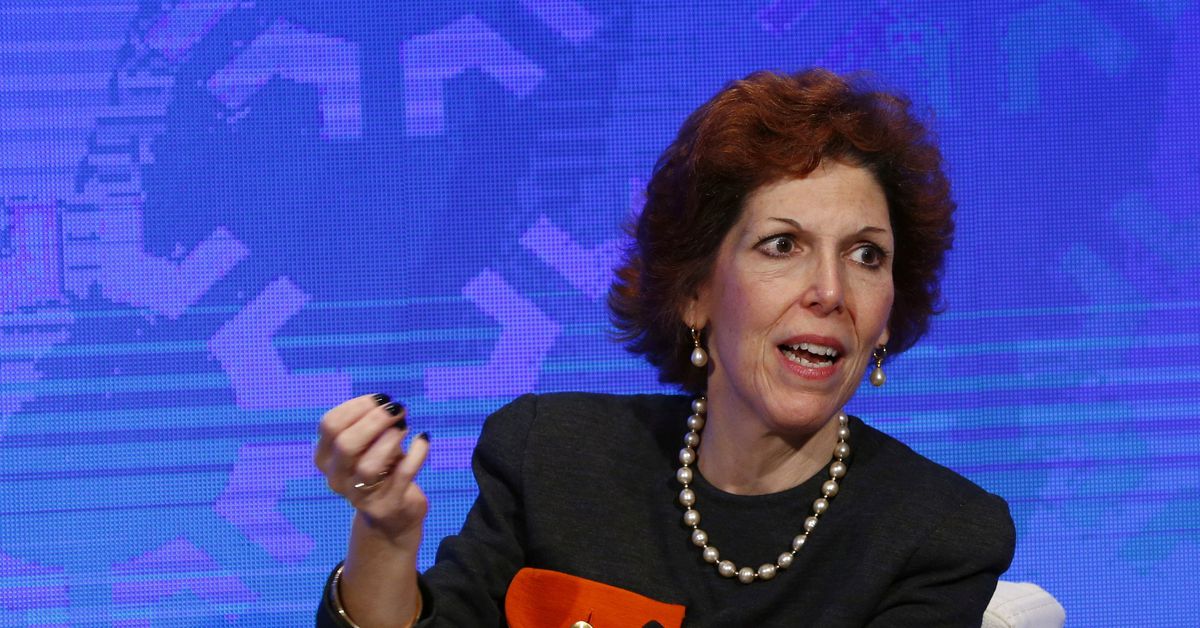 NEW YORK, Oct 7 (Reuters) – Both supply-side and demand-side factors are contributing to U.S. inflation right now, but most of the current price changes may be driven by pandemic-related shifts that could subside over time, Cleveland Federal Reserve Bank President Loretta Mester said on Thursday.

Policymakers need to distinguish short-term inflationary pressures from inflation that could be longer lasting when determining how to respond, Mester said during a panel organized by the European Central Bank

An increase in medium- and long-term inflation expectations, paired with a continued rise in inflation, could be a sign that the price changes are being driven more by higher demand than policymakers anticipate, said Mester. However, the Fed official, who will have a vote next year on the Fed’s policy-setting committee, said that is not her baseline forecast.

“Right now, my view is it’s pandemic related but we’ll have to wait and see,” said Mester.

Some of the supply-side challenges caused by the pandemic may take longer to be resolved than initially expected and policymakers will keep an eye on those upside risks to inflation, Mester said. But there are consequences to responding too early, she said.

“Fundamentally, if it’s supply-side driven, that’s not something monetary policy should be responding to,” Mester said, adding that officials should keep an eye on inflation expectations and other indicators to know if monetary policy is too accommodative or not providing enough accommodation.

Fed officials have signaled they could begin reducing the U.S. central bank’s $120 billion in monthly asset purchases as soon as November.

Policymakers set a higher bar for raising interest rates, which Mester previously said could be met by the end of 2022 if the labor market continues to improve.