Both seasons saw seven grands prix held during the April-June period, allowing for a useful comparison as the effects of the COVID-19 pandemic fell away. The number of races is significant as F1 divides up its revenue across the year depending on how many events are held in each quarter.

In the first part of 2021 races were still being held in front of limited crowds, while the lucrative Paddock Club hospitality division hadn’t yet got up to speed after the pandemic. The Paddock Club is not only back at full strength but is proving more popular than ever.

Within that figure the primary revenue from race promotion, broadcasting and sponsorship rose 35% from $464 to $678m, while other revenues – mainly Paddock Club and freight – increased by 214% from $37m to $116m. 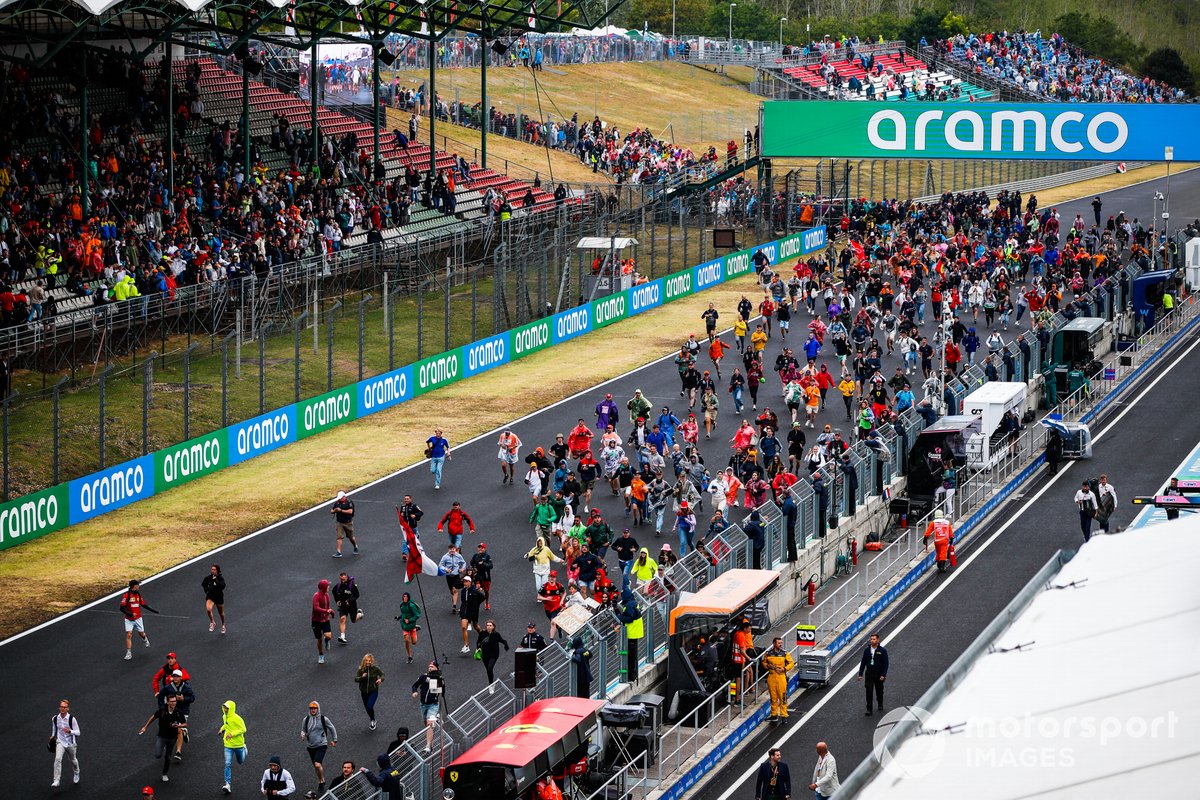 Explaining the results Liberty Media stressed that all three areas of primary revenue have been boosted in 2022: “Race promotion revenue increased due to higher fees generated from the different mix of events held and contractual increases in fees.

“Media rights increased due to growth in F1 TV subscription revenue and increased fees under new and renewed contractual agreements.

“Sponsorship revenue increased due to the recognition of revenue from new sponsors and higher race-specific revenue generated from the different mix of events held.”

However the numbers were skewed slightly by the late cancellation of the 2021 Japanese GP: “There is a slightly higher proportionate recognition of season-based media rights and sponsorship income recognised during the quarter as 7/22 of revenue was recognised in the second quarter of 2022 compared to 7/23 of revenue recognised in the second quarter of 2021 before the reduction of the 2021 race calendar to 22 races was confirmed.”

Liberty noted that COVID was still a major issue last year: “Throughout 2021 and particularly in the first half of the season, attendance at races was limited due to the pandemic, and the Paddock Club did not operate in the first half.

“F1 does not expect its results in 2022 to be impacted by such capacity limitations, though fan attendance continues to be assessed by relevant government authorities on a race-by-race basis.

“Throughout the first half of the 2022 season, F1 has experienced record attendance in both grandstands and the Paddock Club.”