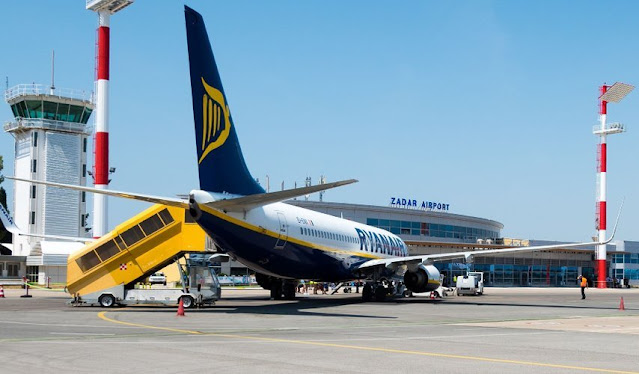 Several airports from the former Yugoslavia are recording large-scale growth in available seat capacity this quarter when compared to the same period during the pre-pandemic 2019. The majority have already surpassed their pre-Covid passenger figures or are close to doing so. During the third quarter, from the beginning of July until the end of September, which are considered some of the busiest months in the aviation calendar, Zadar Airport has added over 157.100 additional seats compared to 2019, growing its capacity levels by 67.5% on three years ago and ranking seventeenth in Europe for Q3 capacity growth. The main driver for these strong results is Ryanair, which based three aircraft in the coastal city this summer operated by its subsidiary Lauda Europe and launched a handful of new routes.

Sarajevo Airport is 25th in Europe for capacity growth this quarter, growing its available seats by 48.8% on 2019. Wizz Air, which has two aircraft based in the city, was the main contributor, however, the airport has seen a significant number of new routes and carriers launch flights over the past two years. Ranking 34th in Europe this quarter is Podgorica Airport, which has seen its seat capacity levels grow 34.6% on three years ago. The Montenegrin capital has added an additional 85.604 seats. Almost all carriers maintaining flights from the city have increased their operations this year, although Air Montenegro is yet to reach levels sustained by the now defunct Montenegro Airlines.

Pristina Airport is close behind Podgorica, ranking 38th in Europe this quarter in terms of additional seats. The airport is registering a 19.4% capacity increase this quarter and has an additional 75.516 seats on sale. Pristina has seen several airlines increase their operations this year and is one of the best performing European airports in terms of post-Covid recovery. Overall, Tirana Airport has seen the biggest capacity growth in Europe this quarter, with almost half a million additional seats on sale compared to three years ago. It is followed by Paris Orly Airport, Santorini, Heraklion, Corfu, Naples, Bari, Olbia and Chania.