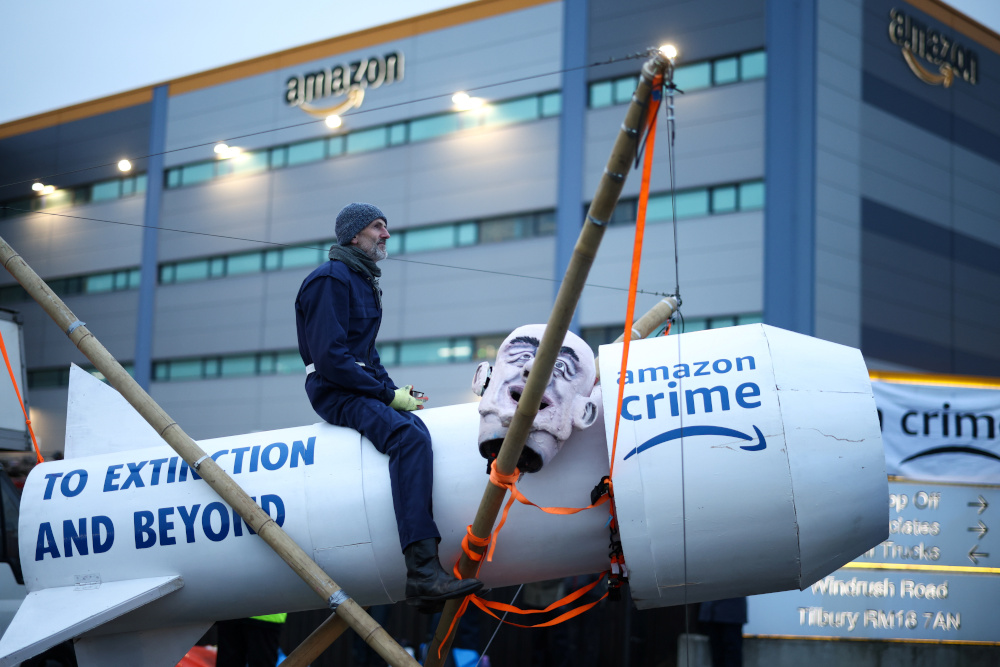 A man sits on a fake rocket as Extinction Rebellion activists block an entrance to an Amazon fulfilment centre in Tilbury, Essex November 26, 2021. — Reuters pic

TILBURY, Nov 26 — Climate activists targeted 13 Amazon depots across Britain on “Black Friday” as part of a protest against the e-commerce giant, which the Extinction Rebellion group said epitomised obsessive overconsumption.

“Black Friday epitomises an obsession with overconsumption that is not consistent with a liveable planet,” the group said.

“Amazon and companies like it have capitalised on our desire for convenience and stoked rampant consumerism at the expense of the natural world,” it said.

A Reuters reporter at an Amazon depot at Tilbury docks in eastern England said protesters had blocked the entrance.

Extinction Rebellion said blockades were also being held at Amazon depots in cities including Manchester, Newcastle and Bristol as well as at depots in Germany and the Netherlands.

Amazon, which brought the Black Friday discount day to Britain in 2010, had no immediate comment. — Reuters