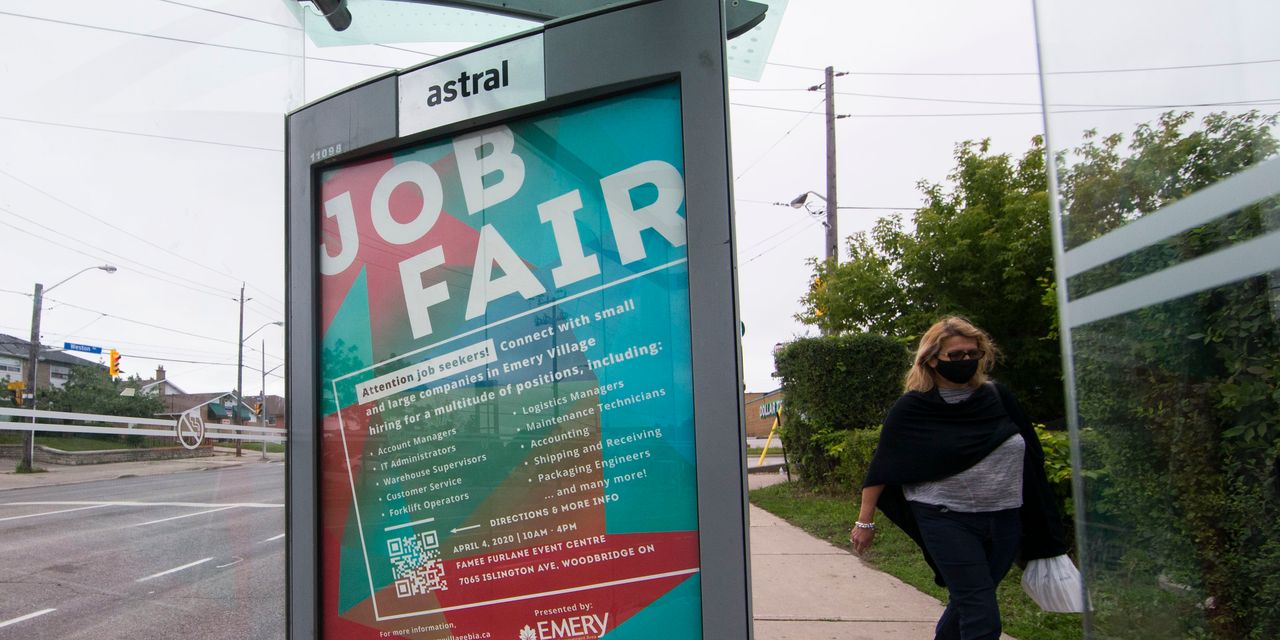 OTTAWA–The Canadian economy surprised with a much larger than expected jobs gain in September that returned the employment level back to its pre-pandemic level and brought the unemployment rate below 7% for the first time since the widespread shutdowns in the spring of 2020.

The strong data reinforced expectations among some economists that the Bank of Canada could move into the so-called reinvestment phase of its quantitative easing program later this month. During that phase, the bank would purchase only enough bonds to replace those that are maturing, marking a significant milestone in the wind-down of the extraordinary stimulus extended during the pandemic.