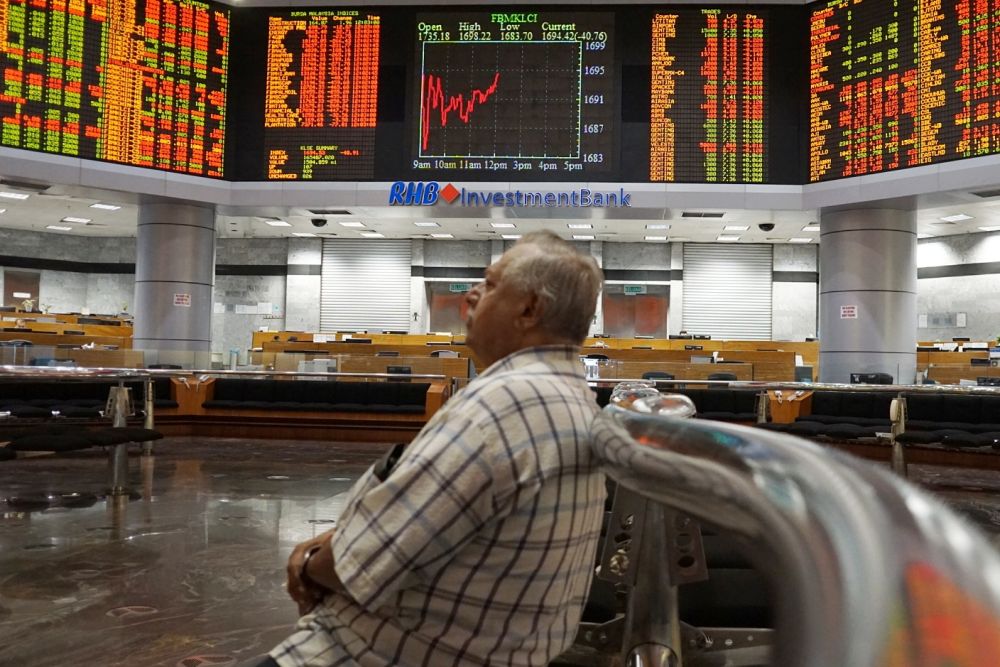 KUALA LUMPUR, Oct 12 — Bursa Malaysia’s barometer index ended the day above the 1,580 level, thanks to gains in bank and telecommunication counters, positioning it to test the psychological 1,600 resistance soon.

Market breadth was positive as gainers outnumbered decliners 548 to 517, while 456 counters were unchanged, 750 untraded and six others suspended.

Additionally, the Brent crude oil price inched closer to US$85 (RM354) per barrel with a short-term target of around US$90 per barrel.

“This shall attract buying interest on oil and gas stocks. Though we may see some intermittent profit- taking, we expect the local bourse to preserve its bullish phase over the short to medium term,” he told Bernama.

On the passing of the Windfall Profit Levy (Amendment) Bill 2020, he said the move to tax unexpected gains is not expected to affect glove counters, which have been recording ultra profits since the spread of Covid-19.

“Profits for glove companies will be much lower next year. So, I don’ t think they will impose any levy on them,” he told Bernama.

However, its net profit has declined about 48 per cent to RM607.95 million in the fourth quarter FY2021 as the rollout of vaccinations worldwide dampened demand for gloves.

CPO futures hit RM5,000 per tonne for the first time last week amid concerns over tight edible oil supplies and bullish demand ahead of the Deepavali festival celebration.

At the close, Top Glove and Hartalega were in positive territory after recent downtrends.

As for the active counters, Sapura Energy and KNM were flat at 10.5 sen and 23 sen respectively, while AYS Ventures improved 12.5 sen to 87 sen.