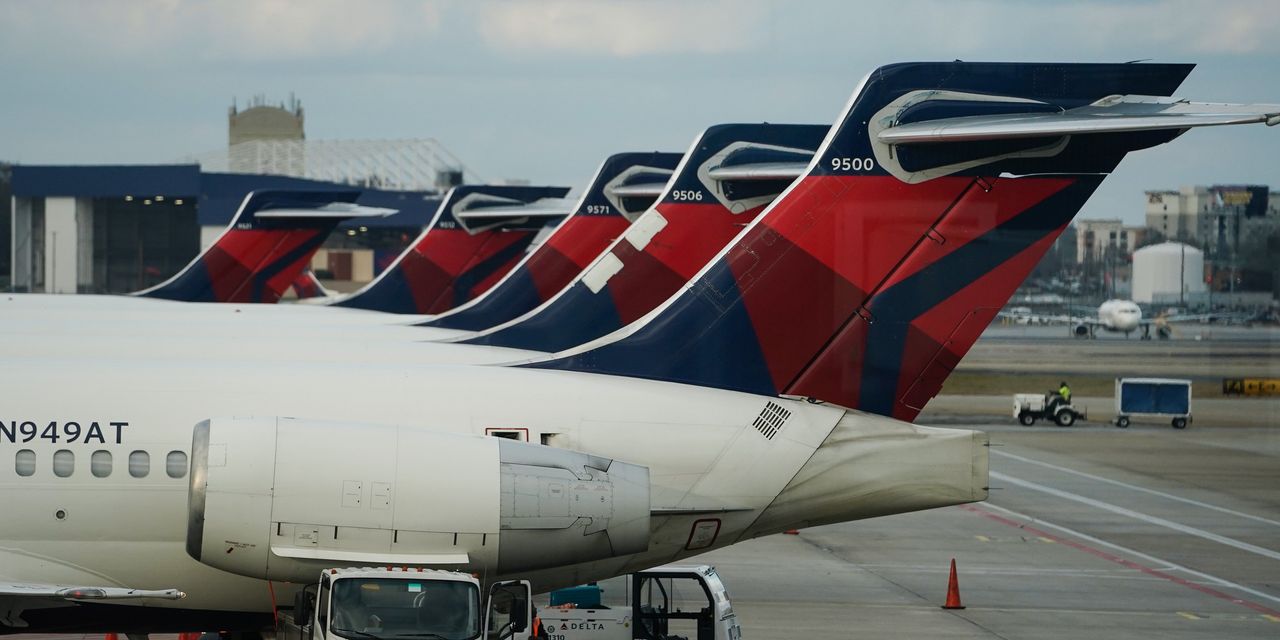 Airline investors are hoping that this pandemic turns endemic, but that could come with some nasty symptoms, too.

On Thursday, Delta Air Lines DAL -4.20% said that it had lost $408 million in the final quarter of 2021. Despite the negative impact of the Omicron variant of Covid-19, the numbers were still better than analysts had been expecting. More importantly, the Atlanta-based firm forecasts revenues of between 72% and 76% of 2019 levels for this quarter, compared with 74% the previous one. This isn’t the hoped-for bumper holiday season, but it is far from a derailment of the travel recovery.

A surge in infections among airline workers and air-control staff—together with some winter storms—has led to about 30,000 flight cancellations in the U.S. Carriers and airports have warned that fliers are also rethinking their travel plans. After a resilient December for airline schedules, fresh OAG data shows signs of a January aftershock as airline network planners returned to work: There were 7.8% fewer seats on offer globally this week than the previous one.

Yet there also have been consistent signs that this is thought to be a temporary setback. Leisure travelers have become accustomed to extra requirements, and governments are starting to see that keeping tourists out fails to stop the spread of new variants. From Friday, France no longer forces vaccinated Britons entering the country to quarantine.

Furthermore, U.S. carriers are now suggesting the worst could already be over. If so, it would appear to validate a theory increasingly held by those on Wall Street who are bullish about aviation stocks: That Covid-19 is transforming from a “pandemic” that paralyzes the world into an “endemic” issue with which we can coexist, thanks to vaccines, treatments and the lower mortality of the new variants. The Dow Jones U.S. Airlines Index is up 7% this year, compared with a 2% fall for the S&P 500.

“Delta’s operation has stabilized over the last week and returned to pre-holiday performance,” said Delta Chief Executive Ed Bastian, who quantified the Omicron disruption as only a 60-day delay in the air-travel recovery. Delta is, as usual, the first major U.S. airline to release quarterly financial information, but its rival American Airlines AAL -4.63% also provided optimistic guidance to investors about its fourth-quarter performance this week.

It makes sense for investors to look through short-term bumps. Their mistake in 2021, however, was to put too much stock in the strength of domestic aviation recoveries only to be caught off guard by how slowly business and international travel bounced back. An endemic pandemic will probably keep this bifurcation in place: Recurring health risks make it much harder for companies to justify organizing events abroad when video calls can do the job, and fear of travel bans has a larger impact on longer trips.

Carriers are seeing gains in premium leisure cabins, but these are unlikely to replace the profit margins that full-service operators made from business class. U.S. airlines also have shifted their focus to their domestic bright spots and are investing heavily in larger planes to lure high-paying customers back, which means lower yields even if traffic booms. According to Jefferies estimates, seats in the U.S. narrow-body fleet will increase 21% by 2024.

A mild variant is good news for airlines given the alternative. A chronic illness still isn’t a sign of shipshape health, though.

What impact has Omicron had on your travel plans? Join the conversation below.