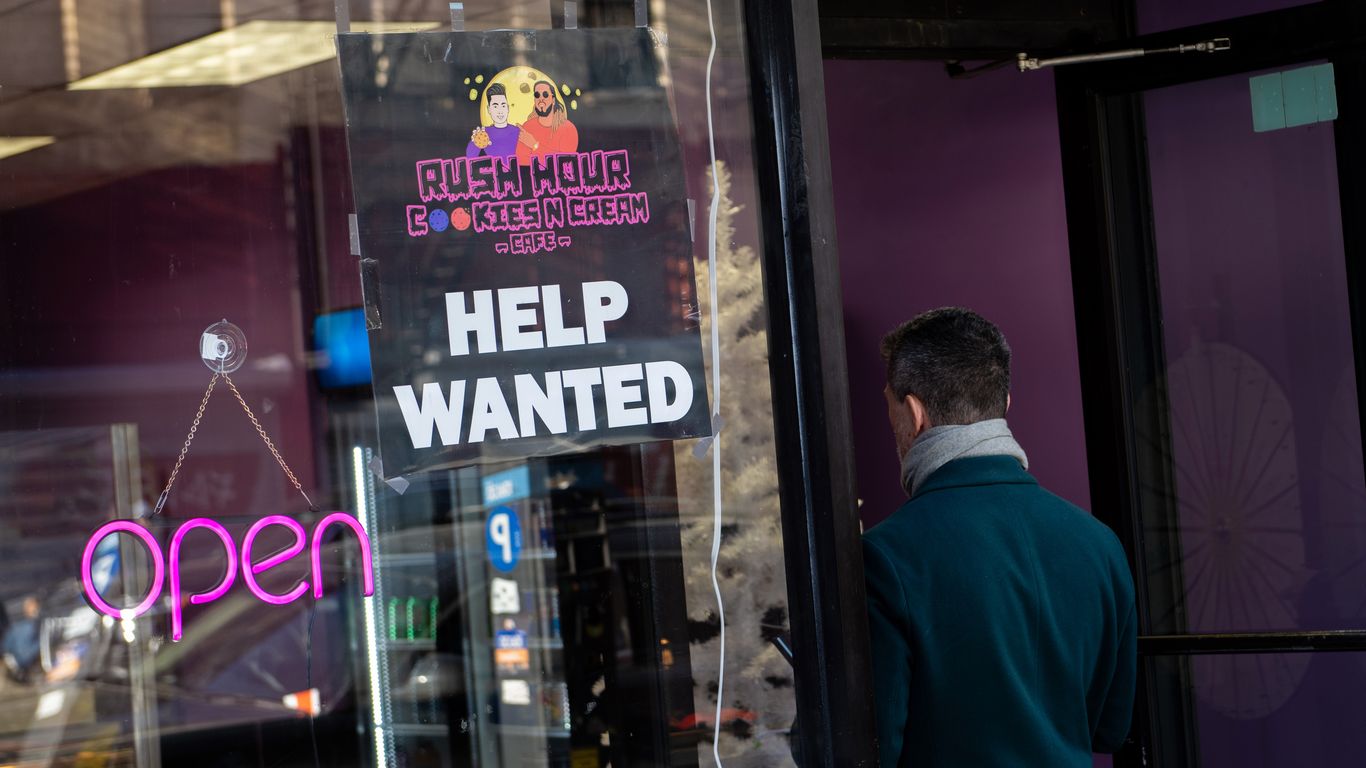 The shortage of workers in the U.S. has become a flywheel of doom, messing up our lives and society writ large. And many of the underlying problems that led to this breakdown are bigger than the pandemic.

The big picture: Millions of immigrants, older workers and mothers are missing from the labor force. Those labor shortages create problems like supply chain woes, school closures, and skyrocketing childcare costs — and some of those problems further exacerbate the worker shortages.

State of play: The labor market problems are broadly about Covid, but with root causes that predate the pandemic:

Lost immigrants: There are about 2 million fewer working-age immigrants in the U.S. because of Covid immigration restrictions, according to calculations of census data from two economists at University of California, Davis.

The Great Retirement: Covid spiked retirement rates. Flush with cash from the booming stock market and fearful for their health in a pandemic, many more older workers left the workforce.

Beleaguered moms: About 1.5 million fewer mothers of school-age kids are actively working compared with pre-pandemic times, according to Misty L. Heggeness, a principal economist at the Census Bureau.

What’s next: Economists are hopeful that when it becomes safer to return to work, more Americans will in fact go to work.

But, but, but: Unless there is policy intervention, there will still be a shortage of immigrant workers, which holds back other parts of the economy.